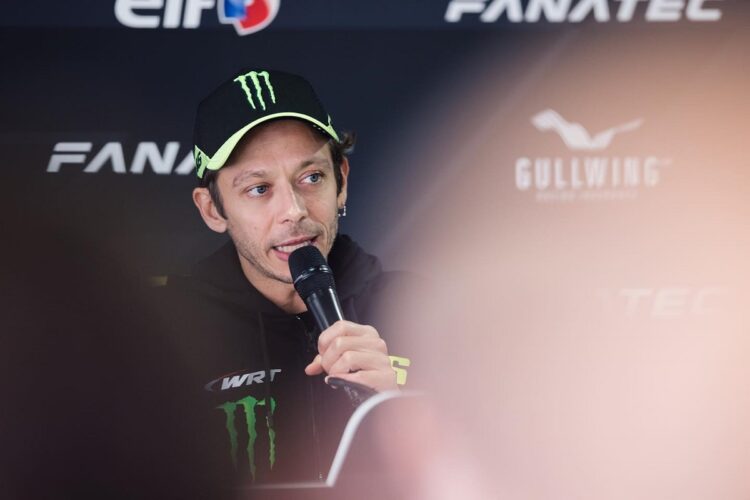 BMW has announced that MotoGP legend Valentino Rossi will join its factory driver roster for the 2023 season ahead as part of racing squad WRT’s switch to the brand.

Rossi joined the Belgian outfit for the 2022 campaign after retiring from MotoGP after a tough ’21 term with the SRT Yamaha team, the Italian piloting one of WRT’s Audi R8 LMS Evo 2 GT3 machines in the Pro class of the GT World Challenge Europe powered by AWS Sprint and Endurance series’ – with a trio of fifth places at Paul Ricard, Hockenheim as well as the second race at Misano his best runs.

With Audi electing to cull its planned LMDh project ahead of its introduction in ’23 late on – a programme WRT was set to spearhead – the team instead decided to switch ranks to BMW for the upcoming season, the squad running its M4 GT3 cars in the GT Challenge Europe next year before adding a World Endurance Championship LMDh bid with the marque’s M Hybrid V8 vehicle in 2024.

Rossi will once again run the full GT Challenge Europe season in ’23, but will also add the illustrious Bathurst 12 Hour contest to his schedule in his first year as a factory BMW pilot alongside the newly-resigned Maxime Martin for the full year and Augusto Farfus for the enduros.

“I am very proud to become an official BMW M works driver and it is a great opportunity,” said Rossi.

“Last year I started racing seriously in cars and I finished my first season with the WRT team with whom I got on very well and I am very happy that the WRT team chose BMW M Motorsport as a new partner.

“I have already had a chance to test the BMW M4 GT3 twice and the feeling with the car is very good. I think we could be competitive next season.

“Also, BMW M Motorsport has given me the opportunity to race with two very strong drivers next year, Maxime Martin and Augusto Farfus.

“I still have a lot to learn and improve, but I hope to be up to the task and fast enough to fight during the race weekends.”

The six-time motorcycle grand prix premier class world champion is also known to have been interested in taking part in the world-famous 24 Hours of Le Mans one day – something his BMW appointment puts him in direct line for, either in the top class or when the GT3 regulations replace the GTE rules as the main GT category for 2024.