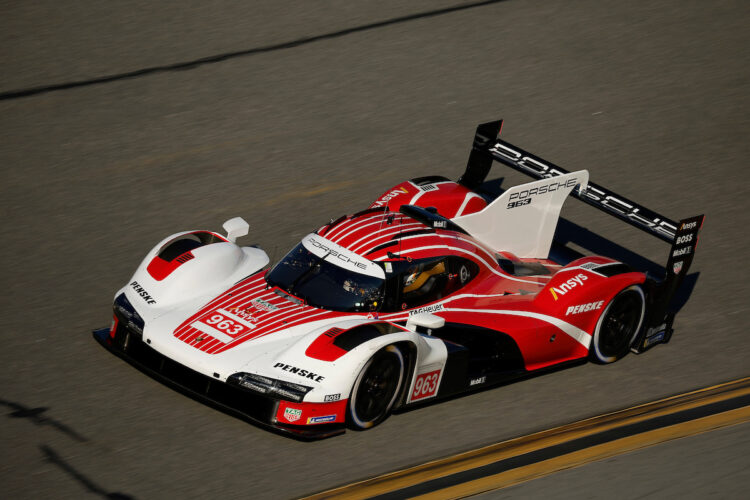 Porsche have officially announced their factory LMDh and GTP lineups for the 2023 IMSA and WEC seasons. Fielding two cars in both series, the German manufacture returns to top class racing in 2023.

In IMSA, Porsche will run the #6 and #7 entries. In the #6, one half of the 2022 GTD-PRO championship winning Pfaff motorsport, Mathieu Jaminet will be paired with long time sports car mainstay, Nick Tandy. Tandy returns to the Porsche IMSA factory effort, having raced in the GT classes for the German factory from 2014-2020 before moving over to Corvette in 2021 and 2022.

In the #7, the other half of the 2022 Pfaff effort, Matt Campbell, is joined by Felipe Nasr. Campbell has spent the majority of his career in the Porsche factory and makes his top class debut in the Weathertech series in 2023. Nasr is no stranger to the top class in IMSA, having won the 2021 and 2018 DPi championship with the Whelen Engineering Racing entry.

Across the pond in WEC, the #5 LMDh entry will be shared by Dane Cameron, Michael Christensen and Frederic Makowiecki. All three drivers are Porsche factory drivers, Makowiecki winning the 2022 GTE Pro class at Le Mans with a Porsche factory effort.

Cameron has won two top class championships in IMSA, one with Corvette in 2016 and the other with Acura in 2019. Christensen is a long time Porsche factory driver, having won a LMGTE Pro championship under the badge in 2018.

In the sister #6 entry for the 2023 WEC season, Porsche announced Kevin Estra, Andre Lotterer and Laurens Vanthoor. Estra and Vanthoor have been long time Porsche factory drivers, competing all over the world of sports cars for the German manufacturer.

Andre Lotterer found his most career success under another German manufacturer with Audi. Lotterer was a part of three Le Mans winning top class Audi efforts.