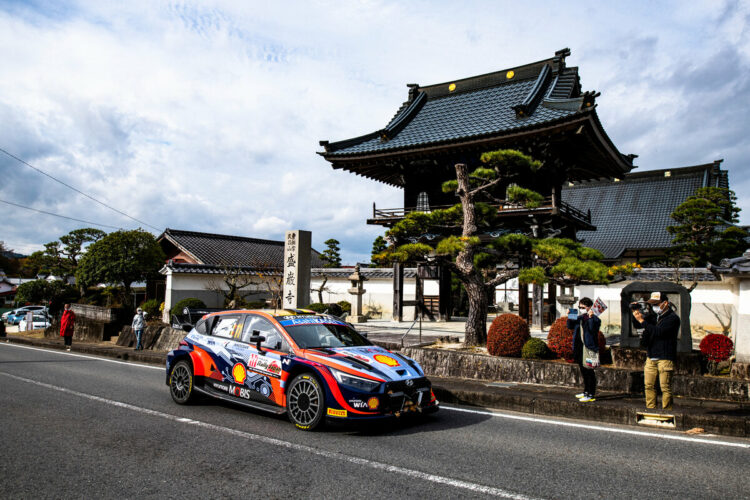 Thierry Neuville claimed victory on the final day of the World Rally Championship in Japan denying Toyota a home victory to go with their titles.

The final day was going to be a showdown between Neuville and Toyota’s Eflyn Evans, however there was to be an added dynamic to proceedings. There was debate within the service park as to whether the threat of rain was real or fall later in the day and not interfere with the rally.

Neuville and Evans went in different directions, the Belgian deciding to take some wet weather rubber whereas Evans and Toyota decided that the rain wouldn’t arrive so took a half and half split of hard and soft tyres.

The stage was set but the result didn’t get to play out over the afternoon as a miscommunication between Evans and his co-driver Scott Martin, saw Evans run wide on a right-hand corner and nudge a kerb with his rear-wheel. This led to a puncture and saw the Welshman fall down the order and out of contention as the change took 1min 30s to complete.

Although now irrelevant in terms of competition, Neuville and his Hyundai squad chose correctly as rain arrived for the final two stages. The rally leader would cruise to the finish though with a 1min 11.3s gap back to his teammate Ott Tanak, the 1-2 really rubbing salt in Toyota’s fairy tale ending.

Upon finishing, Neuville said: “It feels great…It wasn’t an easy weekend or an easy year, but to end with a victory after showing good speed all weekend is a great way to end the season. Our weather guys did an incredible job this weekend so thanks to them and thanks to everybody.”

Tanak was also pleased with a podium in what was his final rally for the Hyundai team: “It’s good to finish on the podium. Extremely quickly in the end. We didn’t have too much speed on the last two events on tarmac but anyway, we won some rallies and we had quite a few podiums. Let’s see what the future brings.”

Completing the podium was Takamoto Katsuta after Evan’s issues. The hometown driver had a minute deficit to Tanak but was jubilant to finish third in his home rally. “Huge thanks to the team and all the supports on the stage and also on the road sections. Unfortunately, my teammates had a lot of problems, but I have no words.”

Sebastien Ogier spent the rally playing catchup and only finished 12s back from the podium. An opening day puncture left the Frenchman wondering what might have been in different circumstances as will have Evans who eventually fell to fifth. Gus Greensmith finished sixth on what has ultimately been a year to forget for the M-sport Ford squad. 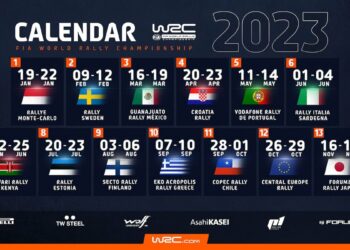 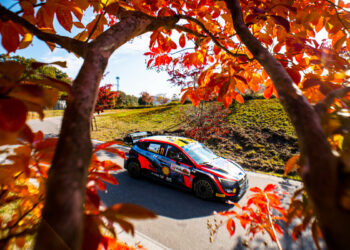 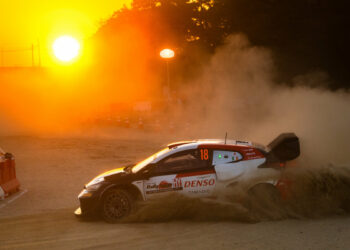 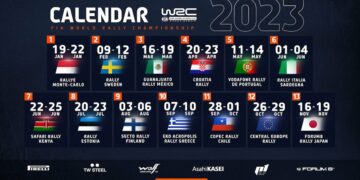