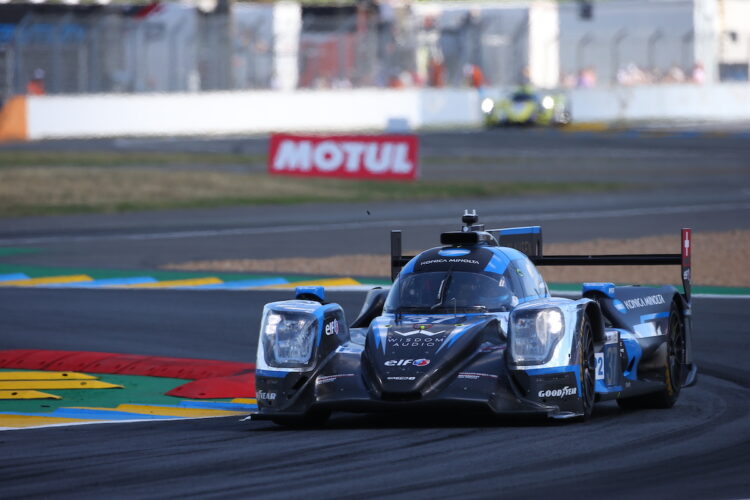 Ye only started racing sportscars last year, after a junior career in single seaters, but the 22-year-old has proved quick, culminating in being taken on as a Porsche Motorsport Asia Pacific driver.

He made his debut at Le Mans last year, coming desperately close to winning the race in the LMP2 class with his WRT teammates Robert Kubica and Louis Deletraz, only for the car to fail on the very last lap. But he had proven his talent, winning the European Le Mans Series title for WRT alongside Deletraz and Kubica, before being hired by Porsche.

This year he’s continued in the European Le Mans Series, this time racing for Cool Racing alongside Nicolas Lapierre and Niklas Krütten. While no race wins have come their way, he’s again proven his talent in a prototype, which has led to Porsche placing him in the Hertz-sponsored Jota customer Porsche entry for next year in the FIA World Endurance Championship.

“Just over a year ago I was announced as the Porsche Motorsport Asia Pacific Selected Driver and now I’ll be joining Hertz Team JOTA for 2023, racing in a Porsche 963,” Ye said.

“It’s a dream come true for me to be able to fight for overall victory at Le Mans in a Porsche.

“With such a successful team in endurance racing, I believe we stand a good chance to fight at the top. I’m very excited for the challenge and I can’t wait to get started.

Ye’s teammates at Jota in the Porsche 963 have so far not been announced.