Schumacher vs Hulkenberg: Who should it be at Haas? 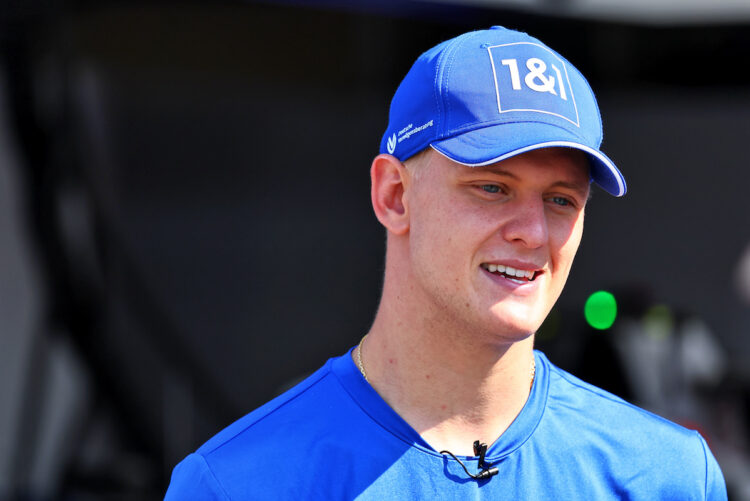 The Haas Formula 1 team is set for a crunch decision regarding its 2023 driver line-up, and it appears to be choosing between current incumbent Mick Schumacher and fellow German Nico Hulkenberg.

Kevin Magnussen, who returned to the team this year amid frightening world circumstances, is tied down to a multi-season contract. Magnussen’s absence, which is a heavy one on the grid given his fiery race craft, was missed.

Haas must now choose who it wants to partner the Dane, as it looks to lift itself from the slums of F1’s leaderboard and propel itself into a new position. With a new title sponsor in MoneyGram tied down for 2023, it will seek to start its new partnership on the right foot – meaning one capable car at the hands and feet of two astute drivers.

Schumacher’s F1 abilities were called into question earlier this year after he had heavy shunts in Saudi Arabia and Monaco. He has been outperformed by Magnussen, despite the fact the former McLaren driver had spent a season away from F1 in 2021.

There appeared to be some intra-team tension around the mid-point of the season – but it was right then when Schumacher thrived. He scored his first points in a mature drive at the British Grand Prix, before following it up with a run to sixth the following week in Austria – marking his best career result.

Points have been difficult to come by for Haas this year, particularly in the second half of the season. Since scoring in Austria, Magnussen’s ninth-place finish in the USA remains the team’s only top-10 finish in the last nine races.

With the car off the pace, Schumacher has still performed admirably. There have been some ‘facepalm’ moments, such as his silly crash at the end of FP1 in Japan, but for the most part, he has been capable behind the wheel of Haas’ car, which warranted praise from his team-mate.

“If I just look at Mick, I think he has been really improving over the year,” Magnussen said recently. “He started off maybe not really liking the car, lacking a bit of confidence but he’s really gained that and lately he’s been super hard to beat for me. And I think the way he’s driving right now, he definitely deserves a place on the grid. But again, you know, totally out of my hands and I can only sort of just wish, wish him well.”

With Schumacher facing off against Hulkenberg, Haas is asking itself who is the best driver to bring the team forward beyond the 2022 campaign. With 181 grand prix starts to his name, Hulkenberg boasts much more experience than Schumacher, and has proven to be quite adaptable in the last couple of seasons.

After departing Renault at the end of the 2019 campaign, Hulkenberg secured a reserve driver role with Racing Point, which became Aston Martin in 2021. On four occasions, Hulkenberg was called up to drive and each time, he delivered – most noticeably at the 2020 70th Anniversary Grand Prix, where he qualified a sensational third.

The super sub appearances have kept his F1 hopes alive – but at 35 years of age, questions must be asked about his longevity. The German is clearly wanting a return to F1, as surely a figure of his calibre attracted interest in categories such as IndyCar, WEC and IMSA (especially after his mighty showing at the 2015 24 Hours of Le Mans, from which he emerged as the overall winner).

A result that Hulkenberg never secured during his career was the lucrative top three finish, which escaped from his grasp him on a number of occasions. It has left the unwanted statistic of the most race starts without a podium hanging over his head, and, in normal circumstances, it’s unlikely he will overcome that record with Haas.

The team is a number of years away from competing at the front of the field, but having existed on the grid for seven seasons now and a cost cap in place, it will look to make progress on its rivals and establish itself as a contender on F1’s grid.

To do that, it needs the right car and the proper driver pairing – and whether it be Schumacher or Hulkenberg that fills the second seat, it’s a gamble for Haas.

This opinion article originally appeared in issue 492 of our weekly digital motorsport magazine, Motorsport Monday. Completely free to read with no sign-up necessary, Motorsport Monday is published every Monday morning and is packed full of motorsport content. Check out the latest issue here.