Steiner would be a ‘fool’ to drop Schumacher from Haas 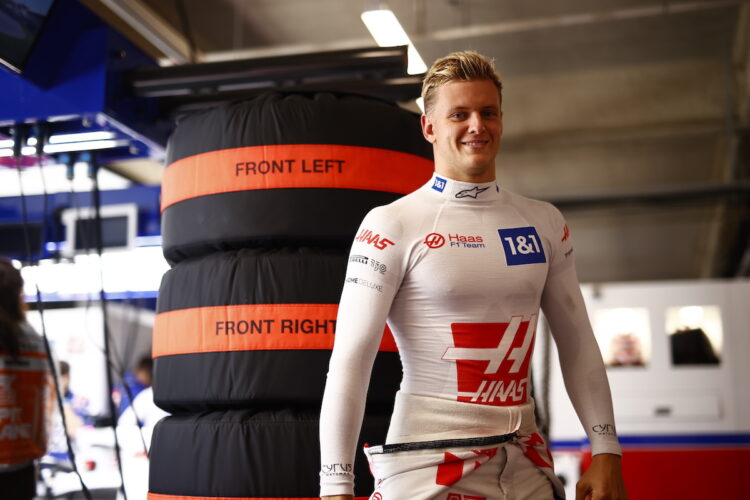 Team Principal of the Haas Formula 1 squad Guenther Steiner has been warned against dropping Mick Schumacher at the end of 2022.

Schumacher’s contract with Haas expires at the end of the campaign, and it is believed he is contending against Nico Hulkenberg for the seat alongside Kevin Magnussen for 2023.

Speaking to RTL recently, Steiner asserted that the odds of Schumacher remaining at the team next year were “50/50”.

“For me it’s no longer about one race, one lap,” he added. “For me, it’s about what’s best for the Haas team in the medium to long term.

“It’s not like if Mick scores points now, he has the place or not.”

Steiner stated that Haas wants a driver “who is capable of leading the team stably into the future.”

Hulkenberg has not raced full-time in F1 since 2019 with Renault, but has made four grand prix starts since 2020 with Racing Point/Aston Martin, replacing drivers who contracted Covid-19.

With Schumacher’s future up in the air, the German has been linked with a future move to Audi, who recently announced plans to enter the sport as a works team.

However, it will not form its outfit until the 2026 season.

Steiner has hinted that Haas will make a decision on its line-up before the season-ending Abu Dhabi Grand Prix later this month.

But former F1 driver Hans-Joachim Stuck has issued a warning to Steiner, insisting that he would be a “fool” to drop Schumacher from the team.

“Unfortunately, Audi is still too early for Mick because they won’t be there until 2026,” Stuck told Servus TV.

“A young driver sometimes has to throw a car away because he doesn’t know what the limit is.

“Gunther Steiner has made a mistake in putting unnecessary pressure on Mick with his criticism. I say if someone has a seat and doesn’t take Mick, he’s a fool. Once he’s in the right car, he’ll be a big one in the future.”