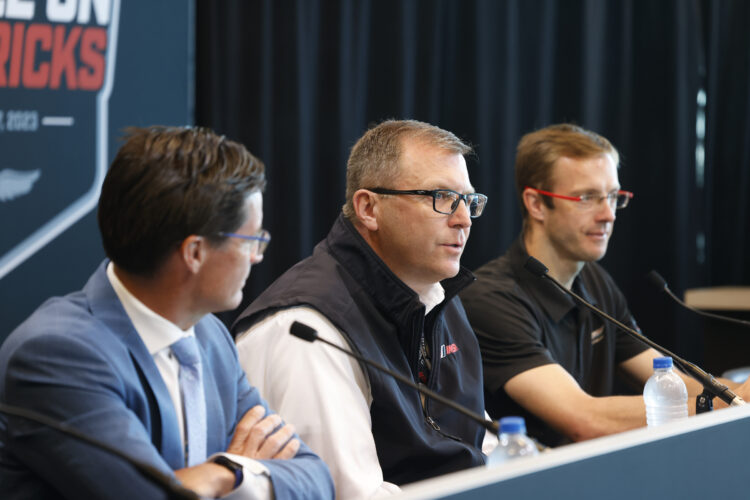 The 2023 IMSA season has often been heralded as the dawning of a new era in the world of top-level American sports car racing. Dominating the headlines ever since the new formula was announced, has been the new Hypercar/GTP era in the sport.

With some technical homologation with their European endurance counterparts in the WEC, IMSA enters into the new age of endurance racing with a bang.

But the new top-class prototype formula isn’t the only thing to be excited about in 2023. Next year’s calendar also features a new race at the Indianapolis Motor Speedway.

The IMSA series will make its debut at the historic site in September 2023 for a standard sprint race, with the intention of running an endurance race at the venue in the future.

Speaking to Motorsport Week, IMSA president John Doonan shared his thoughts on the race and the series’ future at Indy.

“We are very excited to go to Indianapolis. We are really pleased that Rodger Penske, Doug Bowls and Mark Miles are interested in promoting the event to their market and also opening up the infield for camping.,” Doonan said. “I think our stakeholders, partners and manufacturer are looking forward to having a market like Indy to activate.”

After 2023, IMSA intends to add the Indianapolis Motor Speedway road course to the endurance calendar as well. To get a feel of the course at night the series is running a four-hour race into the night with the Michelin Pilot Challenge support series before the top classes take to the track in 2023.

The course also plays host to the Indy 8-hour Intercontinental GT Challenge. In the 2022 event, they ran the very first night laps in the speedways’ history.

“The other cool part of it for me and my team is the ability to run a four-hour Michelin Pilot race in 2023 to help prepare for longer races in the Weathertech Championship at the venue,” Doonan said.

“I’ve been there very early in the morning before the sun is up and the jumbo tron and other elements light the place up quite a bit. I think it is going to be neat to see IMSA as well as all our other championships running there in 2023.”