Opinion: Gasly vs Ocon will make for fascinating viewing 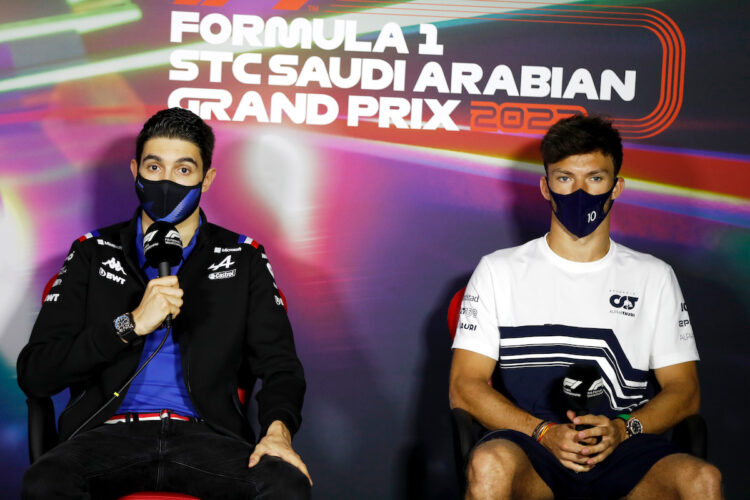 Pierre Gasly’s Formula 1 career has always been engrossing – from being snubbed for a Toro Rosso drive in 2017 to his promotion to Red Bull for 2019 before a rapid demotion back down the grid, the Frenchman has always been in the headlines.

The stories that have been written about him have been a mixture of positive and negative, but recently, Gasly has turned around his form enough to attract interest outside of the Red Bull programme.

At Suzuka, Alpine announced that it had signed Gasly for the 2023 F1 season on a multi-year deal. It had been rumoured for some time, and it marks the beginning of a new era for Gasly, as he makes his first non-Red Bull endeavour in almost a decade.

The 26-year-old will team up with compatriot Esteban Ocon at Alpine – forming an all-French line-up for the French outfit. There are set to be many eyes studying the partnership, given their former rivalry in their karting days.

It has long been reported that both Gasly and Ocon do not share a harmonious relationship, making Alpine’s move for Gasly a big gamble. The team is looking to recover from the embarrassment of losing both Fernando Alonso and Oscar Piastri, and any intra-team tension could prove to be a further blow to its reputation.

There is no reason to believe that Gasly and Ocon will be separated by significant margins when they link up next year – both have been respectable in the last handful of seasons. Ocon has been able to hold his own against two-time World Champion Fernando Alonso, while Gasly has proven his leadership skills at AlphaTauri.

But make no mistake – both will be vying for supremacy at Alpine. Putting their one-existent rivalry aside, the two are at similar stages of their careers and now one has the chance to get the upper hand on the other.

It creates a dangerous scenario for Alpine, who is aiming to move up the grid and battle the likes of Red Bull, Ferrari and Mercedes. Its car in 2022 has been the fastest of the midfield pack, with reliability letting it down on occasion – Alonso has claimed he has lost up to 60 points due to mechanical issues.

Gasly and Ocon will have no choice but to co-operate and help guide Alpine toward the front of the field. But racing drivers are selfish by nature, and both will be looking to make their own success and diminish the other.

It’s something that Alpine is aware of, and will likely address with both of the drivers as they learn to work alongside each other.

“We made an informed decision and that means talking to the entire team – including Esteban beforehand – to make sure that if we did make a decision it’s a team sport and we have to be able to work together and optimise,” said Alpine team boss Otmar Szafnauer. “Esteban was very supportive, Pierre as well. They’re professionals and they have no issue working together. Hopefully the friendship will rekindle, they were friends at one point, but from a professional perspective they’re both very happy to work with each other.”

It’s very difficult to make a prediction over which driver will trump the other during the 2023 campaign. Ocon has the advantage of entering his fourth season with the Enstone-based outfit, while Gasly will be forced to adjust to new surroundings, have spent his F1 career up to now mostly with AlphaTauri.

But it certainly makes for one of the most intriguing partnerships in F1 for some time. Aside from his short stint with Red Bull alongside Max Verstappen, Gasly has mostly had the upper hand on team-mates, following partnerships with Brendon Hartley, Daniil Kvyat and Yuki Tsunoda.

That may change next year, and for Ocon, it could be his toughest test yet. He is no stranger to facing off against highly regarded team-mates, having driven alongside Sergio Perez, Daniel Ricciardo and Fernando Alonso so far in his career.

But Gasly may prove to be a different challenge altogether. For the first time, Ocon has the chance to establish himself as a team leader. Gasly will be out to do the same, creating the potential for a messy situation at the worst possible time for Alpine.