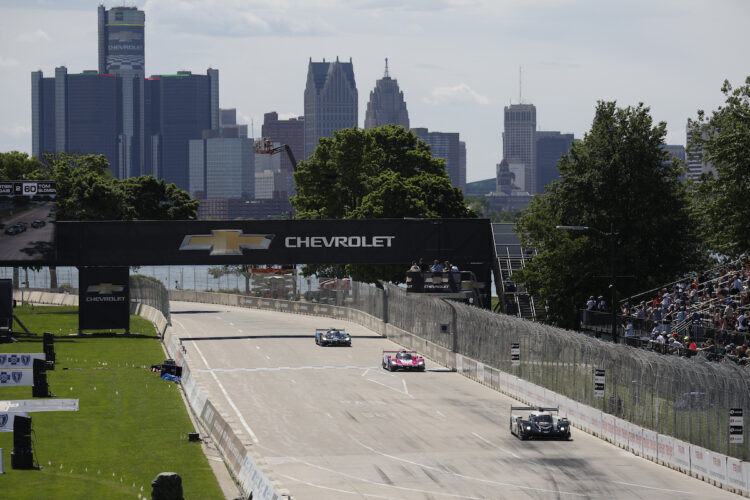 In July, NASCAR announced their intention to hold the series’ first ever street race on the streets of downtown Chicago the first weekend of July 2023.

Alongside this highly anticipated announced, NASCAR officials stated that an IMSA-sanctioned series would join NASCAR for the weekend.

The rumor mill surrounding which IMSA sports car series would join NASCAR in Chicago was kicked into full force, but after the initial press release it was radio silence from both series on the subject.

When NASCAR announced the full Cup and Xfinity series schedules for 2023, it was revealed that the Xfinity series would support NASCAR in Chicago, not IMSA, who also left the weekend absent from their 2023 lineup announcement.

In an interview with Motorsport Week, IMSA president John Doonan discussed some of the reasons the plans for the weekend fell through, what series were talked about to go racing in Chicago, and possible plans for the future.

“At the moment of the announcement we looked at a bunch of opportunities, whether it was the Weathertech Championship or Michelin Pilot Challenge series.” Doonan said.

“There are only so many weekends in the year, and only so many television windows that can avoid conflict with championships like WEC and ELMS. There were a few conflicts with the weekend in 2023, so that is what it came down to in the end.”

While IMSA may be joining the stock car series in 2023, it is expected that NASCAR will return to the streets of Chicago for many years beyond 2023. With IMSA being under the same ownership family as NASCAR, it is possible that we will see the series join NASCAR in Chicago in 2024 and beyond.

IMSA has raced on street circuits before, last season they joined IndyCar on the street of Long Beach and Detroit and will race at Long Beach again in 2023.

“I have a big board here in my office with the 2024 schedule on it already and there are a lot of puzzle pieces to make it all work. We try to have date and venue equity, and we try to be sensible where we take our teams.” Doonan said.

“We are very open to participating in that event if there is space, not just on the weekend schedule but in the paddock and things like that. It is definitely something of interest, especially when it comes to major markets that add value to our partners.”