Opinion: Zhou is setting out to prove us wrong 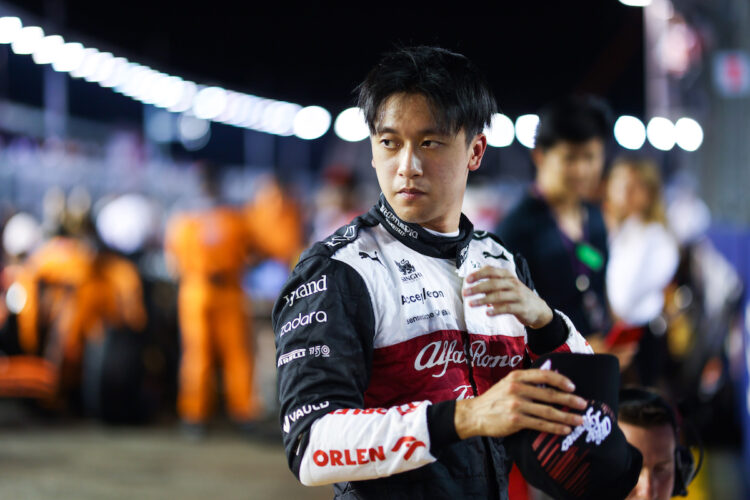 When Zhou Guanyu was announced as a driver for the 2022 Formula 1 season, many brushed him off as a pay driver with no deserving place on the grid.

Several months later, the Chinese driver was handed a contract extension with few commenting that he has not earned it. It’s been a successful rookie campaign for the Alfa Romeo man, and it deals many a lesson to not judge too soon, or too harshly.

Perhaps the escapades of Nikita Mazepin left a sour taste in the mouths of many, after the ex-Haas driver was ushered into F1 in what was, evidently, a move to deepen the pockets of the US-based team.

Mazepin didn’t perform amid a difficult year for Haas and drew criticism from fellow drivers on several occasions. He was often reckless, and lacked pace compared to others on the grid. There was an air of expectation in place regarding drivers who brought money after Mazepin’s rookie year, and Zhou’s promotion saw social media users react negatively, seeing the 23-year-old as nothing but an injection of cash.

A similar scenario exists for Lance Stroll – his father Lawrence’s ownership of the Aston Martin team places Stroll’s seat in little doubt, and it is unlikely that the Canadian will be pushed out of the seat anytime soon, regardless of is performance on the track.

Zhou hasn’t been outstanding, but he has been competent. He has largely kept himself out of trouble, one of the key hurdles that a rookie must navigate during their maiden campaign to make a lasting impression.

In truth, the expectations on the shoulders of the Chinese driver weren’t massive. There were many that believed he wouldn’t perform, despite showing consistently strong speed in the Formula 2 category, where he won multiple races and stood on the podium on a number of occasions.

But right from the off, he did. In Bahrain, it was clear that Alfa Romeo possessed a car that was better off than the challengers that it contended with in years gone by. In a mature drive, Zhou took the car to 10th place and scored points on his debut – instantly showcasing that he was no pushover.

As he gathered experience and further embedded himself into the field, it became clear that he was likely to stay. When the news broke, it received applause from team-mate Valtteri Bottas, who has been a guide for Zhou this year.

“I think it’s good news, because following him alongside as a team-mate, I really can say that he deserves the spot in the team and in F1,” said Bottas. “He’s really mature for his age and experience, and he’s been learning a lot throughout the year and his pace has been increasing in qualifying and races throughout the year and he has done very few mistakes.”

It would be easy for Zhou to become complacent and relaxed with his new contract, but even he knows that therein lies the danger of derailing his career and the opportunity he has in F1.

The Chinese driver, who has shown a high level of maturity during his rookie campaign, is opposed to any such mindset – and although he admits that there is less weight on his shoulders, he understands the responsibility that comes with the extension.

“There’s one thing less to think of in the remaining races so from my side it’s more like just to be looking at the race by race, trying to bring the team into the points and for next season of course the object, the target will be higher and also for my side always asking more and more and I want to do better,” he said. “This year has been, from my side, it’s been a great season so far. There’s ups and downs and tough moments, but overall, I think I’m happy just to be able to show what I am capable of so it’s good to have that.”

It’s been refreshing to have Zhou come in, with little expectations and a pre-written narrative, only to prove some people wrong through his skills on the track.

His story in F1 is not yet over, and he has an opportunity to further signal his intent with another step up in 2023. With more experience under his belt, there’s no reason why that shouldn’t be the case.