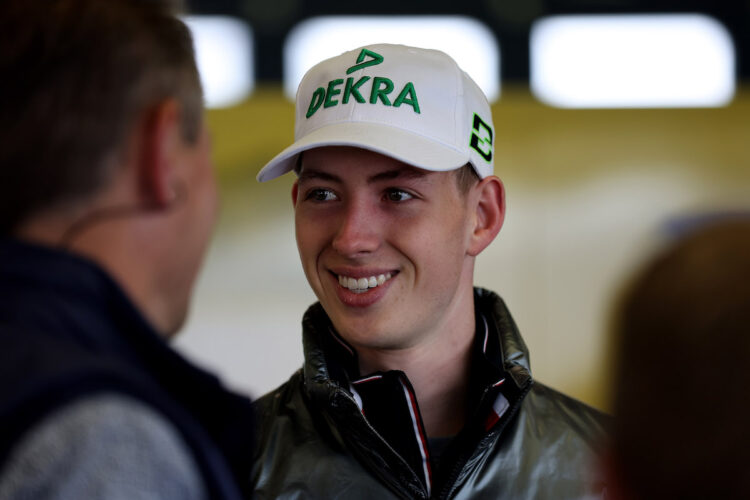 David Schumacher, the nephew of seven-time Formula 1 World Champion Michael, broke his back in an accident at Hockenheim last week.

Schumacher crashed out of the opening race of the weekend and was treated at the scene before being ruled out of the second race.

Speaking to Motorsport Magazine, his father Ralf Schumacher stated that David was still in pain after returning home, which prompted a trip to the hospital.

“When David came home, he still complained of back pain,” he said. “We then decided to visit a hospital in Salzburg to have an MRI. It turned out that a lumbar vertebra is broken.

“According to the attending physicians, this means a break of about six weeks for David.”

It is reported that Schumacher will not require surgery to treat the injury.

The German was involved in the crash with Thomas Preining, a two-time race-winner from the DTM series this year.

David Schumacher’s mother Cora commented on the incident, pinning the blame on Preining: “David is doing well so far, that’s the most important thing.

“Nevertheless, I have to say that I find it absolutely not okay of Thomas Preining to express himself negatively about our son every time without any self-reflection.”

Norweigian driver Denis Olsen was also involved in a collision at the same section of track, with his car bursting into flames when it made contact with the barrier.