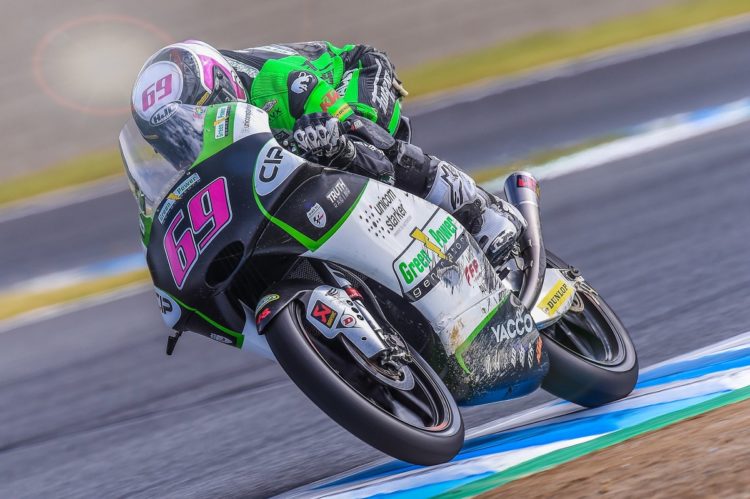 The Moto3 mechanic that assaulted rider Tom Booth-Amos in the Thailand Grand Prix paddock back in 2019 has been sacked by current employers MAX Racing, Dorna announced on Wednesday.

Video footage of the mechanic – then working for the CIP Green Power Moto3 outfit that current World Supersport rider Booth-Amos then rode for – showed him physically assault the Briton after he complained of his bike breaking down during the race, an incident he was told to keep quiet about.

The footage was released on Twitter on the Friday leading up to last weekend’s Thai GP, Booth-Amos soon releasing a statement on the social networking site that confirmed his part in the incident while revealing he “kept quiet to keep my ride for the 2020 season” and that it was “just one thing that happened that year.”

With the mechanic in question having since joined the MAX Racing team as current rider John McPhee’s crew chief, a joint investigation was carried out by series organisers Dorna, the FIM as well as IRTA and the MAX Racing squad into the incident – with the decision now having been made to sack the individual responsible following the Malaysian GP later this month.

Announcing the course of action that had been taken on Wednesday morning, a joint statement from all the parties involved in the investigation said that they “fully support the action taken by the team in terminating this persons contract.”

“Statement from the Championship following the recently published images regarding an incident that occurred at the 2019 Thai GP involving a dispute between a Moto3 rider and a member of his team, who is seen physically assaulting him,” began the joint statement regarding the incident.

“The video of this incident was widely shared on social media and the actions of the team member in question raised immediate and serious concerns. The FIM, IRTA and Dorna Sports strongly condemn this behaviour.

“Furthermore, it was learned that the person in question continues to work in the paddock and is now employed by a different team, which was unaware of this incident.

“The team has decided to terminate the employment of this staff member, who will not be returning to work for them after the Malaysian Grand Prix.

“The FIM, alongside IRTA and Dorna Sports, considers this to be the correct decision and fully supports the action taken by the team in terminating this person’s contract.

“Abusive behaviour must not and will not be tolerated. All parties will continue to work to make the MotoGP Paddock the safest possible working environment.”