Opinion: F1 is spoiling the show with post-race stewarding decisions 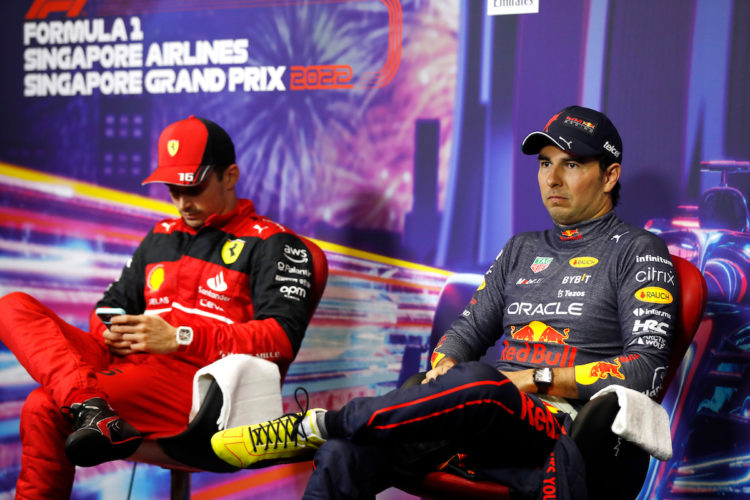 It’s a theme that we’ve seen before and one that has generated indignation in the past – the outcome of a Formula 1 race result should not, if it can be avoided, be decided in the stewards’ room post-race.

Red Bull’s Sergio Perez masterfully drove to victory in difficult conditions on Sunday in Singapore, taking the fourth win of his F1 1 career.

However, the triumph was in doubt long before the Mexican driver reached the chequered flag, as he was placed under investigation for an alleged Safety Car infringement.

Perez was indeed punished after being deemed to have been at fault on three occasions, but the five-second time penalty that he was dished didn’t abolish his race win, given the gap he built over Charles Leclerc before the finish.

Nevertheless, it led the sport back to the situation where fans sit and wait for the verdict, which takes away from the spectacle on the track. While the opening portion of the race was tedious, the close battle between Perez and Leclerc offered a strong show in the second half.

But having the outcome sorted behind the scenes is distasteful, and creates an anti-climactic atmosphere that robs fans of being able to fully enjoy the experience.

There are some examples in which this is unavoidable. Last year’s Abu Dhabi Grand Prix saw Max Verstappen overtake Lewis Hamilton on the final lap, with Mercedes left unhappy with the way the Safety Car procedure was carried out.

It was an extreme case, as not only was the race win on the line, but so was the World Championship. Mercedes’ protest (against the FIA itself) was unsuccessful, and the result stood. Although the late nature of the incident gave the stewards no time to investigate during the race, the verdict came several hours after the chequered flag was waved, leaving fans and the teams in a state of limbo.

In Austria 2019, Verstappen was involved in a robust battle with Charles Leclerc for the race win. The two clashed wheels when Verstappen overtook the Monegasque driver. On that occasion, the verdict was delivered after the race, despite there being ample time to dissect the incident and ensure there’s a set-in-stone result when the chequered flag waves.

Perhaps the stewards feel that they want to hear directly from the driver before deciding their verdict. It’s a fair point, but teams have sporting directors and various team members that have a deep understanding of racing and are qualified to speak on behalf of the drivers.

At the 2019 Canadian Grand Prix, Sebastian Vettel was handed a five-second time penalty during the race after he was considered guilty of forcing Hamilton off the track following a mistake. The punishment was costly as it denied Vettel the win, dropping him to second place behind the Mercedes driver.

Whether or not you believe the penalty was justified, it was a refreshing scenario in the sense that there was no confusion over wait times after the grand prix had ended. The stewards had made their decision, displayed assertiveness and moved on.

In Singapore on Sunday, there appeared to be little need to postpone the verdict until after the race. The matter of Perez keeping within 10 car lengths of the Safety Car, which is required by the regulations, should be relatively simple to analyse and decipher.

Incidents that occur at the front of the field that require investigations should be a matter of great importance, and take priority over most other in-race dealings the stewards are forced to contend with.

At a time when the sport is giving attention to the show amid rocketing popularity, F1 risks frustrating fans if it wants to postpone such decisions to after the race, hours after they have diverted their attention away from the screens.

Additional confusion is not welcomed – competent and assured stewarding decisions that don’t derail the momentum of a grand prix weekend are.