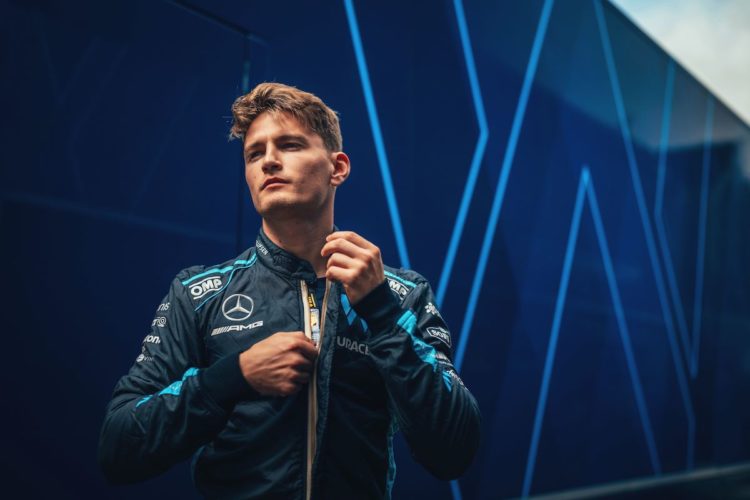 On Friday, the Williams Formula 1 team announced that it would part ways with Nicholas Latifi at the end of the 2023 season.

Latifi joined the squad in 2020, but has been subject to competing towards the back of the field for much of his stint amid Williams’ slump in form.

However, next year he will take on a new endeavour and a fresh face will arrive at the team as it looks to steer towards moving up the field. But just who could join Alex Albon in 2023 at the Grove-based squad? MotorsportWeek.com takes a look.

De Vries is the obvious candidate for the drive, following his impressive outing last time out at Monza, where he filled in for the unwell Albon. Pitched against the out-going Latifi, de Vries bettered the more experienced Canadian and even scored points in ninth place.

However, current rumours place the Dutchman at AlphaTauri next year, should Pierre Gasly be released to join Alpine. All indications suggest that de Vries will be in F1 next year, but what team he will compete for remains unclear.

The 27-year-old is already somewhat embedded into the team, which would make his transition into a full-time drive easier.

One rookie in Oscar Piastri is already confirmed in F1 for next year – but could his former F3 rival Logan Sargeant join him in the pinnacle of motorsport in 2023?

Sargeant, who currently competes in Formula 2, holds a role within the Williams organisation, as he is part of its junior academy. It would be a great signal of intent for Williams to promote from within, mirroring moves made by Red Bull, Mercedes and Ferrari.

However, Sargeant must do his part, as he is not yet in possession of a Super Licence. Currently sitting third in the F2 standings, it would be enough to surpass the 40 points required. But the close nature of the championship around that region could see him easily slip down the order if things go wrong for him at the final round in Abu Dhabi.

Daniel Ricciardo has asserted that he is open to any possibility for the 2023 season after it was confirmed that he would depart McLaren at the end of the year. This includes taking a year out while looking to return in 2024.

However, could the eight-time grand prix winner be enticed with a move to Williams? Although the team is struggling for form, perhaps Ricciardo would welcome a new challenge, aiding the team’s rise up the grid.

For Williams, it would be a headline signing. Although Ricciardo has performed below par at McLaren, there remains optimism that in the right setting, the Australian can once again reach the heights that made him a force to be reckoned with during his Red Bull days.

The future of Mick Schumacher is not clear, but it appears that the German will depart Haas at the end of the current season.

Schumacher had a difficult start to the 2022 campaign, but his form has improved of late, which could be enough to secure a spot on next year’s grid if Haas opts to move on from him.

Although the switch would not likely not be a progression up the grid, it would be a lifeline for Schumacher and a fresh opportunity to prove himself in the sport.

Jack Doohan is also being linked with a move to F1 next year, although his ties are with Alpine – but perhaps the Enstone-based squad would be willing to loan their man out to Williams, if they were happy to take him on.

Nico Hulkenberg and Antonio Giovianzzi are also rumoured to be looking at an F1 return, with both being heavily linked to Haas. Jack Aitken could also be an option, having stepped in for the team in Bahrain two years ago for his F1 debut.