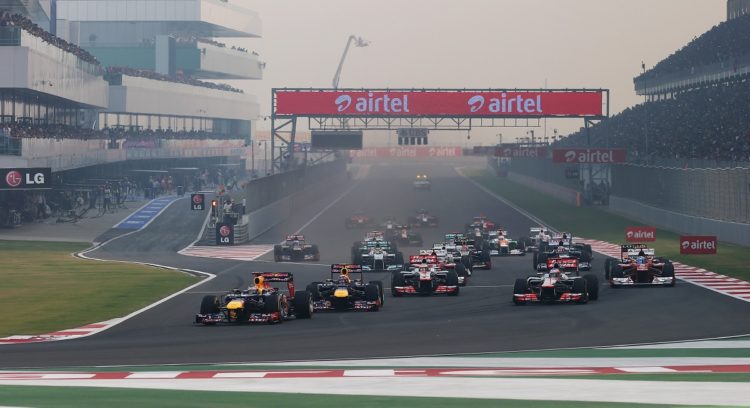 MotoGP has begun looking at holding an event in India in the future, series organisers Dorna announcing on Wednesday it had signed a memorandum of understanding with the nation.

Dorna Sports CEO Carmelo Ezpeleta recently headed to India to meet with the country’s potential MotoGP event promoter Fairstreet Sports at the Buddh International Circuit, the ex-Formula 1 venue that has been targeted as the host track for the MotoGP race.

No timeline for the possible inclusion of what would be the inaugural Indian motorcycle grand prix encounter was given, though it is likely 2024 would the earliest date given the lack of time to plan a fully-fledged event for next year.

Ezpeleta says that MotoGP holding a future race in India would be “an important achievement” for the series, adding that the country represents a “huge market” that MotoGP has yet to explore.

“India is a huge country and market, and an especially important one for the two-wheeled industry and MotoGP as a sport,” said Ezpeleta.

“The Championship has a huge fan base there and being able to hold a MotoGP event in India would be both an incredible spectacle for our fans at the same time as allowing us to continue to grow the sport in the region, which is hugely important for our all our partners and the manufacturers in particular given the hundreds of millions of two-wheeled vehicles on its roads.

“We would love to be able to see this project through and bring these incredible MotoGP bikes to race in front of the Indian fans.

“At MotoGP we are committed to our fans and aim to make the sport accessible to all, regardless of where they are, who they are or their economic status.

“Racing in India would be a reflection of our commitment to open the doors to the sport as widely as we can, and would be and an important achievement for the Championship.”

The Buddh venue has seen little use since it was completed back in 2011, with F1 holding three races at the track between 2011 and 2013 before the event was abandoned amid tax-related issues between the championship and India’s Ministry of Youth Affairs and Sports, which refused to pay out tax breaks adding up to around 50 million dollars due to F1 being classed as entertainment rather than sport.

Since then the venue has been used for only domestic racing series, with the arrival of MotoGP marking the first time in over a decade the track would be utilised for an international racing event.

MotoGP’s Indian announcement comes just two weeks after it also announced it was evaluating a future race outing in Saudi Arabia, the country in the process of designing and building an all-new FIA and FIM homologated circuit to host it.