Who’s in contention for the Alpine F1 seat – and who deserves it? 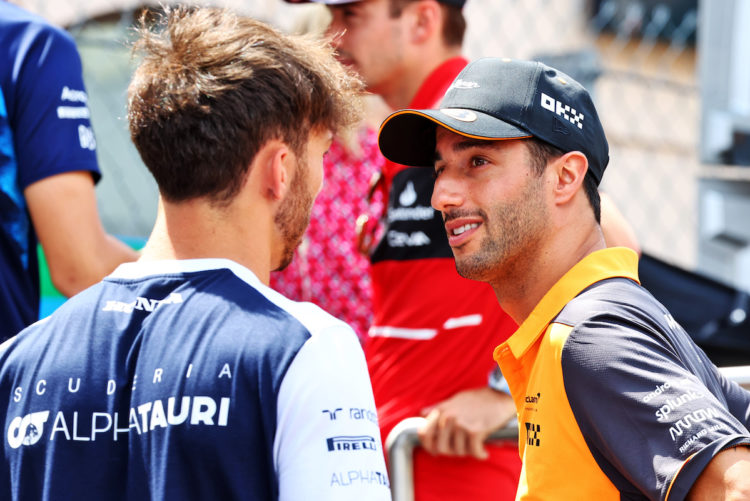 The Alpine Formula 1 team currently has an opening at its squad in 2023, after Fernando Alonso announced last month that he would leave the outfit at the end of the year.

A number of drivers have been linked with the seat, with team boss Otmar Szafnauer claiming that it was considering as many as 14 racers for the drive.

Esteban Ocon is tied down until at least the end of the 2024 campaign – but the identity of his team-mate is yet to be determined.

According to reports, the Enstone-based squad will host a private test later this year, which will be attended by a number of potential suitors. But just who is in line for the drive? MotorsportWeek.com takes a look.

Gasly’s name has been one of the most prominent names mentioned, despite AlphaTauri confirming earlier this year that he would stay for 2023. Gasly’s potential departure is believed to be primarily based on if the FIA will grant Colton Herta a Super Licence to race in F1 with AlphaTauri, which is now looking unlikely. Nevertheless, Gasly’s arrival at Alpine would mean an all-French line-up for the French squad as it targets building toward the front of the field.

Despite showcasing strong pace at some stages throughout the 2022 campaign, Schumacher is widely expected to leave Haas at the end of the current campaign. Ocon has already given his preference for Schumacher, admitting publicly that he would like to partner the 2020 Formula 2 Champion next year.

Ricciardo will leave McLaren at the end of the year, and his two years of lacklustre results make his future uncertain. Despite racing for Alpine for two years already (under the Renault name), there is no guarantee that the Enstone-based squad would welcome him back in 2023, given he jumped ship to his failed adventure at McLaren.

De Vries’ prospects of a drive in F1 for 2023 took a massive leap forward last weekend at Monza, when he substituted for Alexander Albon at Williams. Following an admirable performance, Alpine’s attention could switch to the 27-year-old, who is experienced in many areas of motor racing.

Hulkenberg has been out of F1 for a number of years, but he is no stranger to Alpine, having raced the last three years of his career at it from 2017 to 2019. He has also produced a number of super sub appearances for Racing Point/Aston Martin over the last couple of years, suggesting that his talent is still deserving of a full-time F1 drive.

Giovinazzi exited F1 at the end of 2021, following three years at Alfa Romeo. With little to shout about given the Italian team’s position toward the back of the field, Giovinazzi would be keen to prove his worth in a more competitive team. Could Alpine provide him the opportunity to do so?

Despite his unproven F1 capabilities, Doohan is enjoying a strong rookie campaign in Formula 2. After a difficult start to the year, the Australian has been one of the strongest qualifiers, and could end the championship in Abu Dhabi inside the top three in the Drivers’ Championship. He is currently signed to the Alpine junior academy, having previously been part of Red Bull’s programme.

Who deserves the seat? Our writers have their say…

The obvious choice is Pierre Gasly – but if the Frenchman cannot be extricated from his AlphaTauri contract then Daniel Ricciardo would be a logical stopgap. Ricciardo spent two years with Renault, returning the team to the podium, before his ultimately fruitless switch to McLaren. Ricciardo remains a popular driver on the grid, is exceptionally marketable, and had a cordial partnership with Esteban Ocon.

Whether either side would want a collaboration is another matter entirely; Ricciardo has already stressed that he doesn’t want to react emotionally and burn his long-term prospects just for a 2023 seat, while Alpine has been lukewarm on the Australian given the manner of his departure in 2020 – albeit under previous management. But considering some of the names on the list, Ricciardo is the standout candidate, given his track record and experience.

With all due respect, a lot of the drivers being linked with the seat are ‘has-beens’. Drivers like Nico Hulkenberg have experienced their time in F1. While a rookie would be a risky option for Alpine in regard to Jack Doohan, it can find a balance of youth, speed and experience in Mick Schumacher. The German driver still has a lot left to prove in F1.

His junior career is glittering, and his performances this year have not been lacklustre. Since the early-season woes of major crashes in Saudi Arabia and Monaco, he has driven well alongside Magnussen. It’s somewhat baffling to see Schumacher being linked with a Haas exit. He has earned the right to, at the very least, remain in F1. If Haas doesn’t want him, Alpine should look to scoop him up and place him alongside Ocon.

Pierre Gasly not only deserves the seat at Alpine but if he wants to take the next step in his Formula 1 career then he needs it. With Sergio Perez recently extending his contract at Red Bull until 2024 and Max Verstappen tied down for years to come, it’s obvious that they don’t have plans for Gasly anytime soon – he can’t sit in a sister ‘B’ team for the rest of his career.

Red Bull has a long list of talent coming through the junior categories and the Frenchman, sooner rather than later, will have to make way for the new generation at AlphaTauri. Partnered up with Esteban Ocon, an all-French line-up for the team could also prove to be very attractive.