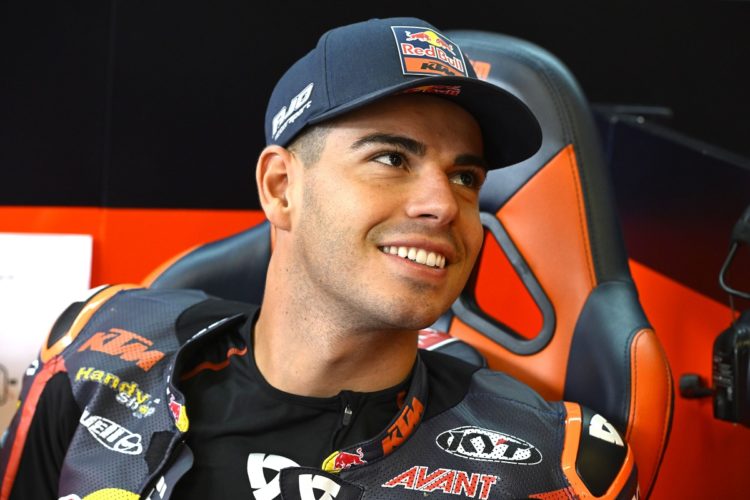 Augusto Fernandez has been confirmed as the final rider to make up the 2023 MotoGP field, the Spaniard joining Pol Espargaro at the GasGas Tech 3 squad.

The current Moto2 series leader was rumoured in recent weeks to be the front-runner for the final seat within the KTM fold following the decision by the Austrian marque to cast off Remy Gardner following a tricky maiden campaign, the Aussie’s 2022 team-mate Raul Fernandez having already signed with the RNF Aprilia operation for next season.

Like Gardner and namesake Raul, Augusto has been given a year to make an impression in MotoGP before the decision will be made as to whether he will continue with the brand for 2024, with Moto2 rookie and reigning Moto3 world champion Pedro Acosta waiting in the wings.

Fernandez hailed his news of making the graduation to the premier class as “amazing”, though affirmed his focus was still on being able to move up as Moto2 world champion at the end of the term.

“Wow, this is amazing: to be able to make the jump to MotoGP with GASGAS,” said Fernandez.

“I want to thank everyone in the racing structure for all their support since I signed with the Red Bull KTM Ajo team last year. I’m really happy. It’s a dream.

“We still have work to do in Moto2 and I want to go for the title and go to the MotoGP class – and this next challenge – in the best possible way.”

Fernandez currently holds a slender four point advantage over Honda Team Asia’s Ai Ogura in Moto2 with only six races remaining, the Ajo rider having scored a total of four wins so far – his triple success across the German, Dutch and British events thrusting him firmly into championship contention.

Gardner meanwhile will make the move to the World Superbike Championship for 2023 having been ejected from the KTM family, the reigning Moto2 world champion penning a deal to join the GRT Yamaha outfit on a satellite-specification R1 earlier this week.