Has Herta earned the right to enter F1? 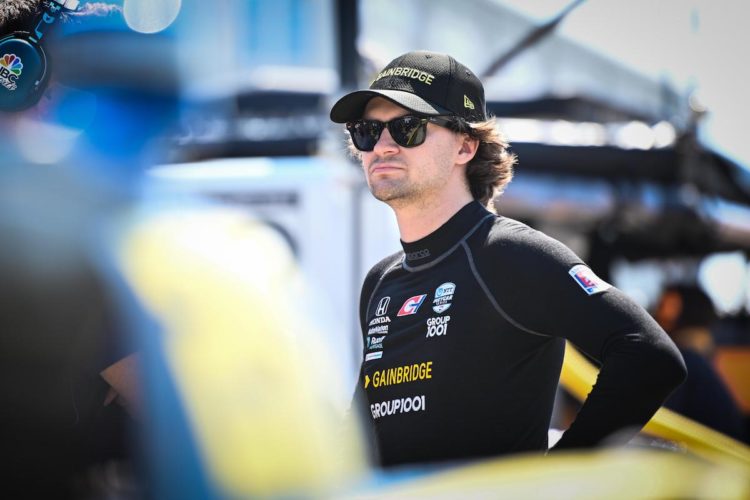 The driver market in 2022 has been particularly wild, even for Formula 1’s often chaotic standards. It was all kicked into gear when Sebastian Vettel announced that he would be leaving Aston Martin at the end of the year and enjoy life in retirement.

The snowball effect that this has had leaves Colton Herta, a star of the IndyCar field, with an opportunity to move to the pinnacle of motorsport.

Fernando Alonso’s Alpine departure to Aston Martin surprised almost everyone, and his seat at the French manufacturer has been heavily linked with Pierre Gasly. Should that transition occur, it seems likely that AlphaTauri would be keen to ship Herta in from across the Atlantic Ocean and into its team for the 2023 season.

Herta’s presence on the grid would come at a perfect time for F1. Born in California, he would become the first American driver in the series since Alexander Rossi in 2015 – a number of years prior to the sport’s boom in the United States.

Herta would have the luxury of having three home F1 races next year, with the sport visiting Miami, Austin and Las Vegas throughout the 2023 campaign. He would be an obvious target for US fans to get behind and support, and add another reason to buy the tickets to go and watch F1.

Aside from his marketability, Herta’s aggressive driving style would make him very exciting to watch. Pitched against an entirely new set of racers and dropped into a brand new type of race car, analysing his transition from IndyCar to F1 would be fascinating and should it be successful, it would make for one of the finest storylines to emerge from the series for some time.

Anyone who has watched IndyCar in recent years would understand why Herta is attracting the attention of F1 bosses, as his raw speed, aggressive nature and lack of fear to push the boundaries of what his car can handle would likely make him no pushover on the F1 grid.

Prior to his links with AlphaTauri, he was signed to McLaren as a development driver and carried out a test at Portimao earlier this year (which supposedly went quite well). And he may not be an in-and-out option for the Red Bull camp, with team boss Christian Horner admitting that he could be a long-term suitor for the team.

“I think he’s an exciting talent,” Horner said. “He’s a young American, a guy that’s been a standout talent in the US so it’ll be very interesting to see how he performs in Formula One. Formula One obviously has got growing popularity in the US market at the moment and to have a successful US driver could be very interesting, could be interesting for us in the longer term. We’ve got contracts with our existing drivers. AlphaTauri and Toro Rosso have produced a great stable of driver for us to draw upon whether it be Sebastian [Vettel] or Max [Verstappen] or Daniel [Ricciardo] over the years.”

But there exists the issue of the FIA Super Licence, and the system overwhelmingly fails to reward IndyCar drivers. Although the champion will automatically acquire enough points to take a Super Licence, finishing further down the order, even just a little bit, will do little to benefit a driver.

The system is skewed to encourage drivers to enter the Formula 3 and Formula 2 categories – but it’s frankly absurd that a competitive driver in IndyCar is considered less eligible than a junior driver in the F2/F3 competitions.

Motor racing is a political game as much as it is an entertainment source, and any resistance to granting Herta a Super Licence is proof of that. In just his third race in the IndyCar Series, he took a race victory [at F1’s Circuit of the Americas, no less]. Although he was aided by some woes for Will Power, the assurance that the then-18-year-old had behind the wheel convinced many watching that he was a star of the future.

Denying him that chance in F1 on the basis of protecting the image of the F2 and F3 categories is shameful. Especially when, for a number of years now, reliability has hampered a number of drivers in the F2 category after they pay a hefty fee to compete in the series.

F1, in theory, should have the best drivers in the world racing in it. These drivers don’t necessarily have to come from its own feeder categories. F1 needs to tone down its entitlement and accept that Herta is only a positive addition to the grid.

This opinion article originally appeared in issue 484 of our weekly digital motorsport magazine, Motorsport Monday. Completely free to read with no sign-up necessary, Motorsport Monday is published every Monday morning and is packed full of motorsport content. Check out the latest issue here.