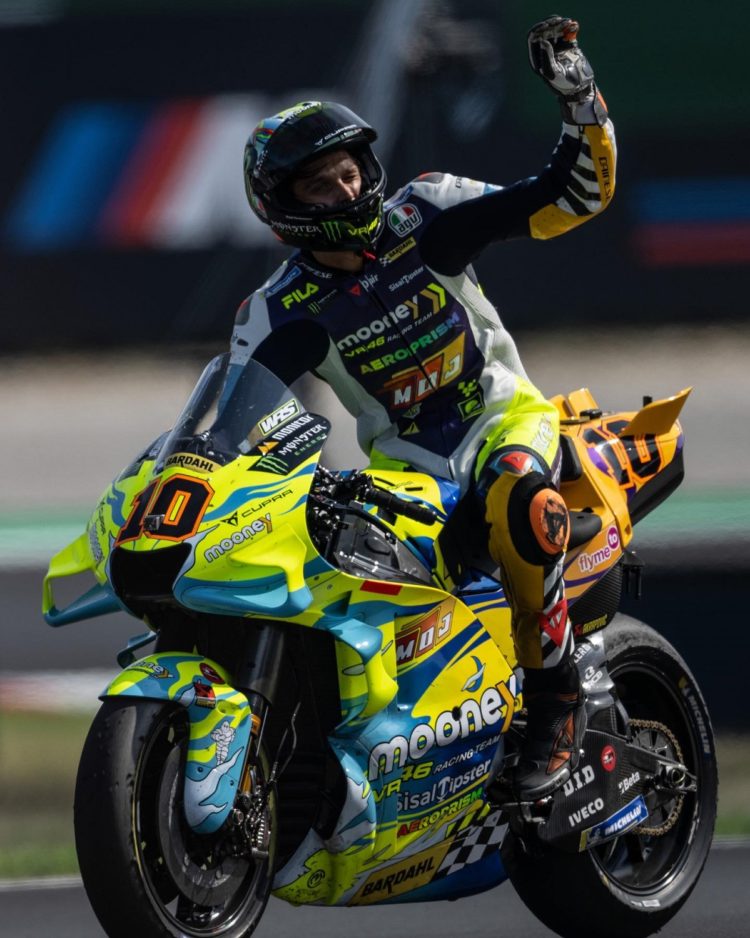 VR46 Ducati confirmed its 2023 MotoGP line-up on Monday morning as it announced Luca Marini would remain with the squad alongside Marco Bezzecchi for a second straight campaign.

The Valentino Rossi-owned squad joined MotoGP as a fully-fledged outfit for this season after purchasing the Avintia Racing operation at the end of 2022, the VR46 brand having title sponsored Marini in his maiden premier class season with the Spanish operation last year.

Both Marini and rookie team-mate have posted eye-opening results so far in VR46’s MotoGP bow, the latter scoring a stunning runners-up finish in the Dutch TT at Assen while Marini heads into this weekend’s Aragon Grand Prix off the back of two successive fourth-place runs, his best in the series so far.

With both within range of a top ten finish in the riders standings with six races remaining, VR46 has elected to re-sign the duo for a second season – Bezzecchi being confirmed last week before Marini followed on Monday, the pairing contracted with the team until the end of 2023.

Marini says he is keen to “fight for victory in every GP” as he continues to adapt to the challenges posed by the 1000cc MotoGP prototypes, a goal he feels is achievable given the results the outfit has posted in its rookie term.

“I am very happy to be able to announce the renewal with the Mooney VR46 Racing Team also for 2023,” said Marini.

“It is important to give continuity to this working group and to the Ducati project that is leading us to obtain good results and to fight for the podium in this final of season.

“We are a rookie team, it is the first year that we have all worked together, and we will continue to use this method to achieve great satisfactions already in this 2022 and in the future together with Vale, whom I thank for this opportunity, and the VR46 Riders Academy that always supports me.

“Closing the current season in the best possible way and restarting strong next January is the goal: we want to fight for the positions that matter, the podium and the victory in every GP and as the best Independent Team of the Championship.”

Marini has enjoyed the use of an up-to-date 2022 specification of Ducati’s Desmosedici machine this year as opposed to team-mate Bezzecchi who has had to make do with a year-old version, though VR46’s press releases do not make mention of the level of machinery its riders will have at their disposal.