Opinion: The writing is on the wall for Latifi 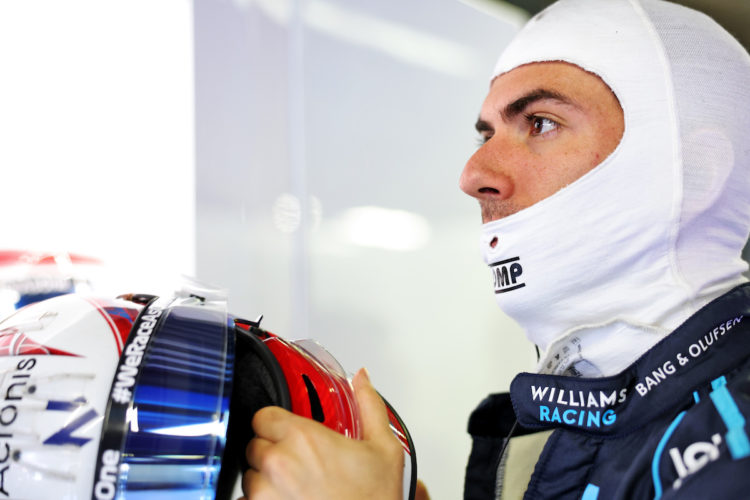 Prior to the Italian Grand Prix, Nicholas Latifi’s future in Formula 1 wasn’t looking promising. But after the Monza event, an exit looks set in stone.

Throughout Latifi’s three seasons in F1, he has been forced to compete with uncompetitive machinery. Unfortunately for him, his team-mates have excelled, when often, he has not.

Paired alongside George Russell for two years was no easy feat, given the now-Mercedes driver talent was displayed through one of the most impressive junior careers in recent memory, while also benefitting from the support of the Mercedes junior programme. Despite competing in the lower positions, Russell did enough to assure Mercedes that he was worthy of a drive at their F1 outfit.

There have been flashes of speed and competence from Latifi in his time in F1, perhaps most notably at last year’s chaotic Hungarian Grand Prix, where he crossed the line in seventh place. But for the most part, there’s been little to shout about.

Even Alexander Albon’s valuable input this year upon his F1 return has seen him secure a multi-year extension with the Grove-based squad.

But there is little noise being made over Latifi’s future. At Spa-Francorchamps last month, Williams CEO Jost Capito admitted that there was still a chance that Latifi would remain at the team in 2023 if he could show his worth through on-track performances.

However, at that Belgian Grand Prix, shortly after the start Latifi made a mistake which resulted in a retirement for Valtteri Bottas. A week later in The Netherlands, Latifi had a “race to forget”, as he described, following a run to a lowly 18th position.

But his outing in Monza trumps them all in terms of discomfort. While he wallowed further back in the order, debutant team-mate Nyck de Vries starred en route to ninth place.

De Vries has been heavily linked with a seat at Williams next year, and his chance at Monza very much felt like an audition for a potential drive. Pitched against the man that he could replace, and it now seems almost inevitable that Latifi will be out of the seat for the 2023 campaign.

Williams has plenty of options that it could explore for 2023, but de Vries couldn’t have done a better job in convincing the team that he is deserving of the seat. Keeping the car out of the barrier and securing valuable points will not go unnoticed. As much as it benefits de Vries, it is detrimental to Latifi’s future.

Whether or not de Vries slots in at Williams or Alpine opts to take a look at the 2019 Formula 2 Champion, it appears that the time has come for Latifi to part from the Williams organisation.

Perhaps there is a career waiting for him in IndyCar or a leading endurance category – but for now, his time in F1 has run its course. Monza was the nail in the coffin, and the remainder of the 2022 campaign is surely a countdown to his impending exit.