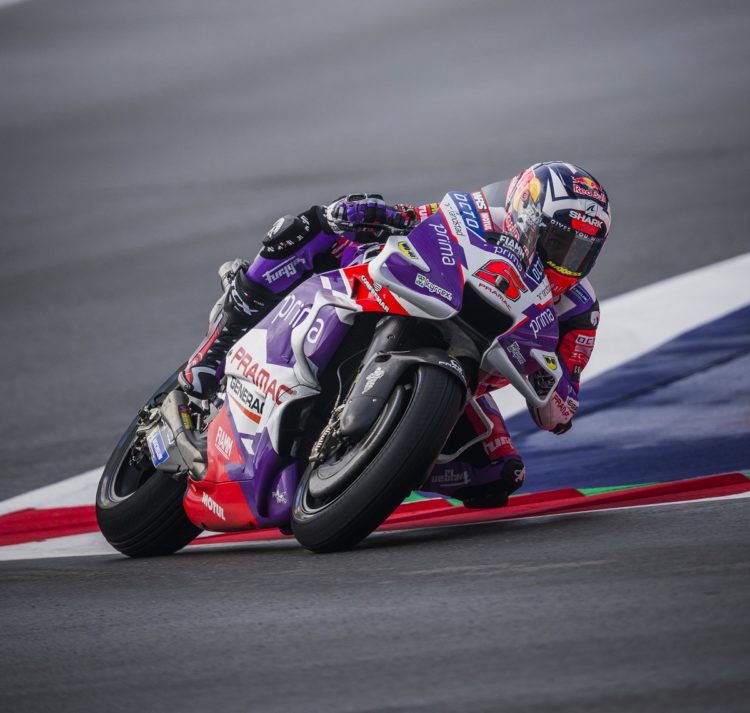 Zarco challenged the top ten in the early stages as the field mainly focussed on completing long-runs in the 45-minute session, Quartararo leading the way with a 1:30.285s on a bone dry circuit following the damp FP1 test on Friday morning.

With light spots on rain starting to fall as the session ran into its final ten minutes, the riders all headed out in order to try and secure a top ten result just in case more rain affected Saturday morning’s FP3 outing.

Martin was the first to improve on Quartararo’s benchmark with a 1:30.119s before Zarco soon fired in what would be the fastest time of the weekend so far, a 1:29.837s.

While Miller and Martin managed to move within 0.024s and 0.029s of their fellow Ducati pilot respectively, Friday honours belonged to Zarco as he looks to try and score a second successive pole position on Saturday.

Quartararo ended up fourth just 0.040s down on the fastest time after making a small error at the final bend having originally looked set to go fastest, while Francesco Bagnaia completed the top five on his factory Ducati.

VR46 Ducati pairing Luca Marini and Marco Bezzecchi ended up sixth and seventh ahead of the Gresini-run Desmosedici of Enea Bastianini, who was forced to post a final do-or-die gambit after losing his previous time for track limits.

Maverick Vinales wrestled his Aprilia into ninth, while Brad Binder rounded off the top ten to end an encouraging day for KTM at its home event.

Aleix Espargaro missed out on a top ten spot by just 0.019s, the Spaniard just 0.310s slower than Zarco’s rapid benchmark – while the top 19 riders were separated by a slender 0.863s.

Suzuki duo Alex Rins and Joan Mir ended up a lowly 13th and 15th respectively, the latter initially looking good to end the day well within the top ten before falling victim to a track limits infringement.

Miguel Oliveira was left down in 22nd after crashing at Turn 9 in the closing stages, while Raul Fernandez on his Tech 3 KTM suffered a spill at the chicane shortly afterwards.