Quartararo: ‘We made a mistake not trying the hard compound rear tyre’ 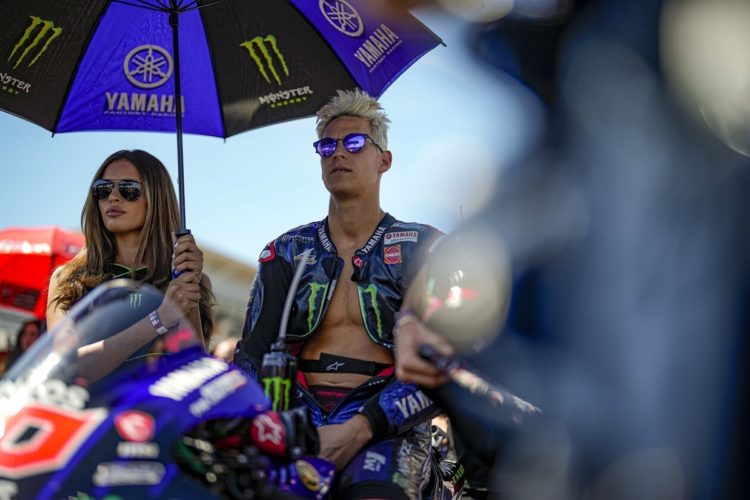 Fabio Quartararo reckons the fact he and Yamaha neglected to try the hard compound rear tyre across the British Grand Prix weekend was a “mistake” that ultimately doomed his race.

Having won the race at a canter 12 months ago, the Yamaha rider was expected to fight for victory at Silverstone despite having to serve a long-lap penalty at the start for his part in a clash with Aprilia’s Aleix Espargaro at Assen before the summer break.

Having swiftly moved up to second from fourth on the grid in the early laps of the British GP, Quartararo pressured race leader Johann Zarco before emerging fifth after taking his punishment on the third tour.

The reigning MotoGP world champion lacked speed from here-on-in though and eventually slipped all the way to eighth by the chequered flag, leading the Frenchman to rue the decision not to run the hard compound rear tyre that the vast majority of the field used to great effect – though he feels he did “everything perfect” in the opening phase of the contest.

“I think we made a mistake of not trying the hard rear tyre in practice, I think I did everything perfect on the first lap in terms of the start and the long-lap,” explained Quartararo.

“However when I was behind the other riders my rear tyre overheated so much and we don’t really know why, I think the reason was that following others was difficult so I had to push the tyre harder, so it’s difficult having not tried the hard.

“In practice this morning I did 1:59.9s for the entire race distance so that was something that helped us make the decision, but stuck in a group things were totally different.”

Despite his tough Silverstone Sunday Quartararo managed to extend his series lead slightly from 21 to 22 over Espargaro after the Spaniard crossed the line ninth just behind the M1, the Argentine GP winner having struggled with his physical condition following a nasty crash in FP4 on Saturday morning.

Quartararo revealed though that his attentions are turning more towards British GP winner Francesco Bagnaia as his main title threat, the Ducati pilot having sliced 42 points from the series lead in the last two races – the 2021 vice-champion faced with a 49 point deficit to Quartararo with eight events remaining having won the last two races in a row.

“I think we need to look at Pecco (Bagnaia) because he’s been the one making the difference in the last two races, he is the one we need to focus on,” continued Quartararo.

“It certainly won’t be an easy job because we now have races where, not necessarily struggling but Austria has long straights and he’s always very fast at Misano and Aragon, so some tough races coming up soon.”