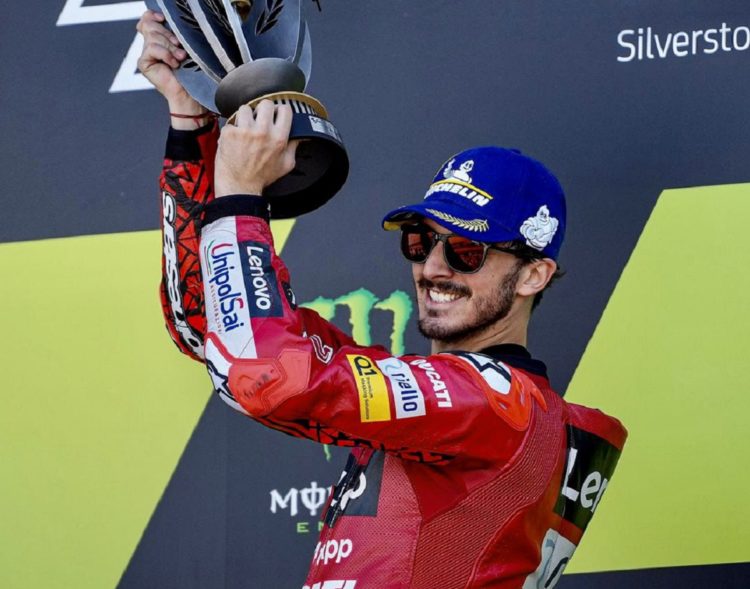 Francesco Bagnaia says he is “very happy” that seven-time MotoGP world champion Valentino Rossi helped him to make the correct tyre choice for the British Grand Prix following his win.

The factory Ducati rider wasn’t expected to fight for supremacy on Sunday having struggled for outright speed all weekend, the Italian out-qualified by both Pramac’s Johann Zarco and team-mate Jack Miller on Saturday en-route to fifth.

However a set-up change made for Sunday warm-up as well as a tyre choice he says he “wasn’t happy” with initially – made after a conversation with friend and mentor Rossi – ultimately proved pivotal as he moved forward in the mid-part of the race to eventual claim the lead from Suzuki’s Alex Rins with eight laps to go.

He subsequently led every lap on his way to a second straight victory, Bagnaia fending off a charging Maverick Vinales on the final couple of tours in the process of what he says is “one of my best wins.”

“I wasn’t thinking about the win today, I already thought yesterday that it would be difficult to win so I was targeting a top five,” explained Bagnaia.

“This morning we found a good step with the hard rear (tyre), and for the race we decided to use the medium front.

“I wasn’t happy with the choice, but it was the only way to do the race because with the soft I had trouble with the braking.

“In the last part of the race the medium front helped me a lot because the rear grip was totally finished so I was just using the front tyre, but thanks to Ducati and everyone in the team because I was struggling and they helped to make a step forward.

“This is one of my best wins because with a week like this where I was in trouble, a win is very important so I’m very happy about that.

“In Assen I won with the wrong tyre, so here he (Valentino Rossi) was saying to me ‘try to use the medium and hard’ and he was right, so I’m very happy he helped me this weekend.”

Bagnaia reckoned that an improvement in keeping his concentration during the race was the key to his increased consistency in the last couple of races, having failed to finish three of the last seven encounters – two of which were of his own making, while he has won all four he has finished.

“I’ve tried to understand what was wrong with me (after early season crashes), and now we are in a good way so certainly today I’m in a very much better place than in the Sachsenring when I was very angry,” added Bagnaia.

“I improved in terms of concentration, because sometimes I needed to be more calm and was crashing so I just needed to improve my mindset.

“Today I was pushing like hell to not crash, but we managed to not make any mistakes and win the race.” 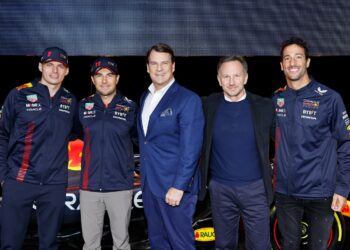