A farewell to Sebastian Vettel 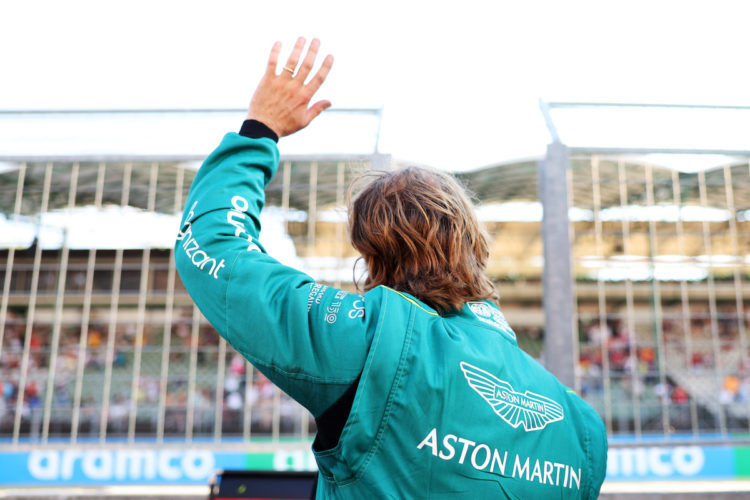 On the 25th of August in 2006, a young German driver pulled out of the BMW Sauber garage and into the Turkish pit lane to make his Formula 1 weekend debut. Just six seconds later, he broke the pit lane speed limit and was issued a $1,000 fine, marking the fastest career penalty in the sport.

It was a less than ideal start to Sebastian Vettel’s Formula 1 journey, but what followed in the years to come would embed him into the sport’s history books as an icon, ambassador and a genuine legend in his own time.

Last Thursday, during the build-up to the Hungarian Grand Prix, Vettel announced that he would be walking away from the sport at the end of the 2022 season, bringing the curtain down on a career that was filled to the brim with success, heartache and overwhelmingly evocative memories.

Vettel’s decision to hang up his helmet did not come as a great surprise, but the sensation that the Formula 1 grid will be without the four-time World Drivers’ Champion in 2023 is a powerful one. For so long, he has been central to what makes our sport so great.

Vettel ruffled his fair share of feathers during his years with Red Bull. He endured a tumultuous relationship with long-time team-mate Mark Webber, and fans took a dislike to him when they tuned in to see his name atop of the driver timesheet graphic on what felt like every Friday, Saturday and Sunday.

Yet it was during those Red Bull glory days where Sebastian Vettel displayed his best racing qualities. Ruthless and unforgiving, the German often drove for himself, which many may label selfish – but his swelling trophy cabinet possesses the tangible success which was filled through that mindset.

In his post-Red Bull years in Formula 1, which made up the second half of his career, there was less to shout about. His quest to bring a title to Ferrari was ultimately a failure, with his form in late 2018 letting him down. There was an air of desperation at times, and he was involved in several incidents, which sadly overshadow the 14 grand prix wins he took with the Scuderia during his stint there.

A move to Aston Martin always felt like a last-gasp attempt to compete for race victories once more. With the team occupying midfield space over the last 18 months, it is not where a veteran wants to be performing. In addition, Vettel’s increased interest in activism over environmental issues led many to believe that his heart was set on goals elsewhere.

Indeed, it is the case.

“So much dedication going in also means a lot of time in your head and with your thoughts, but also physically time away from home, from kids and family,” Vettel said last week after his announcement. “I have grown other things, other than the children, other interests and views have grown and I can’t ignore these voices.

“So ultimately, the questions got bigger and bigger and more central, to a point where I make the decision. It’s not a 100 per cent or zero per cent decision, it’s not like I hate racing from now on, I still love racing, but it’s probably the majority that pulls me in a different direction.”

Vettel stated in his very first Instagram post, which revealed his retirement, that “there is still a race to win”. A sizeable portion of the message consisted of him directing attention toward climate action, a common theme that has been present throughout his 2022 season.

A new chapter of Vettel’s life is beginning. It is one that maybe he has always sought. Through his career, he has tried his best to shield himself and his family life, and at least from an outside perspective, he has kept racing and his private endeavours separate.

Whether or not Vettel will step into a race car again remains to be seen, however he has asserted that Abu Dhabi will mark the end of his Formula 1 career. Unlike others, there will be no comeback.

But deep in his system, Vettel will always be a competitor. Amid all the goodwill messages and activism statements that have been shared from his heart rests an astute, unequivocal man, who helped to shape the current era of Formula 1 that we enjoy today.

Whatever challenge Vettel takes on after F1, there are next to no concerns over his success. His Formula 1 career is testament to that.

Thank you, Sebastian, and good luck.

This opinion article originally appeared in issue 478 of our weekly digital motorsport magazine, Motorsport Monday. Completely free to read with no sign-up necessary, Motorsport Monday is published every Monday morning and is packed full of motorsport content. Check out the latest issue here.