IMSA will race at Indianapolis next year, endurance races planned 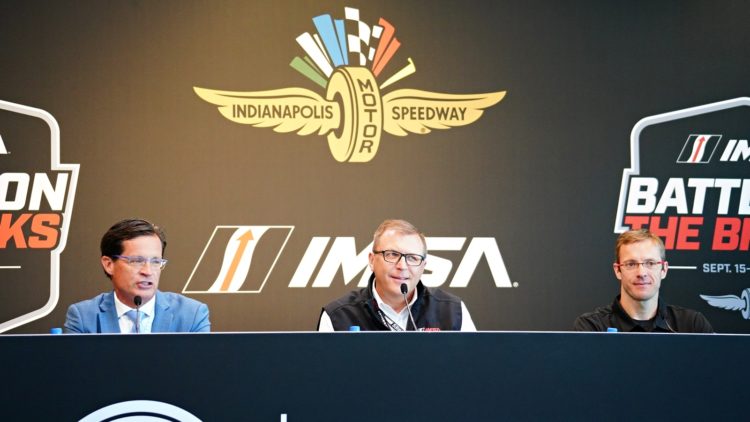 IMSA’s WeatherTech Sportscar Championship will race at the Indianapolis Motor Speedway, home of the Indy 500, next year, the series has announced.

The two hour, fourty minute race will take place on Sunday 17th September on the 14-turn IMS road course. In addition, the IMSA Michelin Pilot Challenge will also host a race the previous day, wikth the entire weekend named ‘Battle on the Bricks’.

This marks the return of IMSA and sportscars to the world-famous track, and the first time IMSA has visited since 2014.

More details, including a schedule and class structure will be released shortly.

IMSA President John Doonan said: “Indianapolis Motor Speedway is hallowed ground in the world of motorsport, and we are honored to bring IMSA and the WeatherTech Championship back to IMS.

“There has been mutual interest and many conversations between IMSA and IMS leadership for quite some time to bring our brand of premium endurance sports car racing back to the Speedway and our collective fans.

As we launch an exciting new era in 2023 and introduce GTP as our top category of prototypes alongside many of our other successful categories and sanctioned series, the timing is right for a full weekend of IMSA action in Indianapolis and on NBC next fall.”