The latest driver who could be America’s next F1 hope 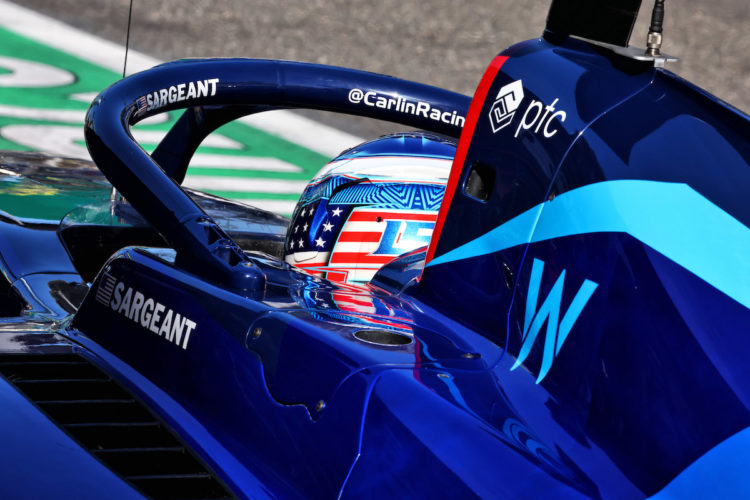 Formula 1’s latest push (and yes, there have been many before) into the American market has finally been successful. Just a handful of years ago, there was little interest in the premier global motorsport series in the country, and there was huge untapped potential.

Cue a new approach to how the sport marketed itself across social platforms and digital networking, and F1 is now a booming business in the United States. Last year’s US Grand Prix was a record-seller, and next year, there will be three races in the country, ranging from Miami to Austin to Las Vegas.

The USA has its share of grands prix and it even has a team bearing its flag on the grid, featuring an ever-impressive Kevin Magnussen and a rising star in Mick Schumacher, who has been watched closely by many for a number of years.

But, one thing that it is missing is a driver. When the last US driver, Alexander Rossi, bowed out of the Formula 1 scene in 2015 after a mere handful of races, F1 didn’t yet have its grasp on the USA.

But now it does.

Formula 1 doesn’t strictly need a driver from the USA, however the energy injection that they would provide would be seismic. In truth, it’s much easier to root for a driver than it is for a team – a driver has personality and guile, and is the entertainment character, the primary reason fans tune in to watch F1.

For a number of months, Colton Herta has been touted as the next American driver in Formula 1. The IndyCar star has impressed many during his short tenure in the series, and Michael Andretti’s push to form an F1 team has involved Herta, who appears to be involved in the potential deal

But should Andretti form a team, it wouldn’t be soon. The process takes time – and the current situation is being complicated by resistance from other teams.

Herta isn’t America’s only hope. In the last number of weeks, an impressive Logan Sargeant has made his case in Formula 2. The Florida-born driver has already had a respectable junior career racing in Europe, despite yet not winning a championship during his career.

In 2020, he came close to taking the Formula 3 Championship and ended the season in third place in the standings behind Oscar Piastri and Theo Pourchaire. A second season followed in which he drove admirably for the Charouz Racing System team, and he is currently undertaking his maiden season in Formula 2 with the guidance and help of Williams Racing.

Sargeant is now closely associated with the Williams team, having joined its junior driver programme in 2021. Therefore, it makes sense that the Grove-based squad would consider Sargeant for one of its seats for 2023, assuming his current impressive form continues in the feeder series.

Williams is a team that has struggled toward the rear of the Formula 1 field for some time now – however being lodged at the back of the field is not absolutely detrimental to a driver’s career. Putting aside the fact he had links to Mercedes, George Russell produced enough performances to showcase that he possessed F1-worthy talent and was gifted with a slot further up the grid three years into his career.

And there’s absolutely no guarantee that Williams will still be fighting for the lower positions in the coming years, as it, as well as its nine rivals, tries to seek the gains that deliver it more speed and a higher ranking in the pecking order.

Queries are being made over Nicholas Latifi’s future at the team, leaving a potential seat open for Sargeant next year. Alexander Albon, too, is not yet confirmed for 2023, however his performances so far in 2022 surely warrant an extended stay at the team.

One obstacle that Sargeant may find himself facing is another face-off with his old F3 rival Piastri for the seat. The Australian driver, who won back to back championships in Formula 3 and Formula 2, undoubtedly deserves a position on the grid next year. Piastri, who is backed by Alpine, may have to look outside his camp as Esteban Ocon and Fernando Alonso are set to form its line-up once again.

Getting both Sargeant and Piastri on the Formula 1 grid would be a bonus for the sport, as it would be a spectacle to watch both the two young stars rise together – but is there room in 2023 for both?

Regardless, it’s only a matter of time before an American driver presence is seen on the grid again. If Sargeant continues his current form, that appearance could come sooner rather than later.

This opinion article originally appeared in issue 477 of our weekly digital motorsport magazine, Motorsport Monday. Completely free to read with no sign-up necessary, Motorsport Monday is published every Monday morning and is packed full of motorsport content. Check out the latest issue here.