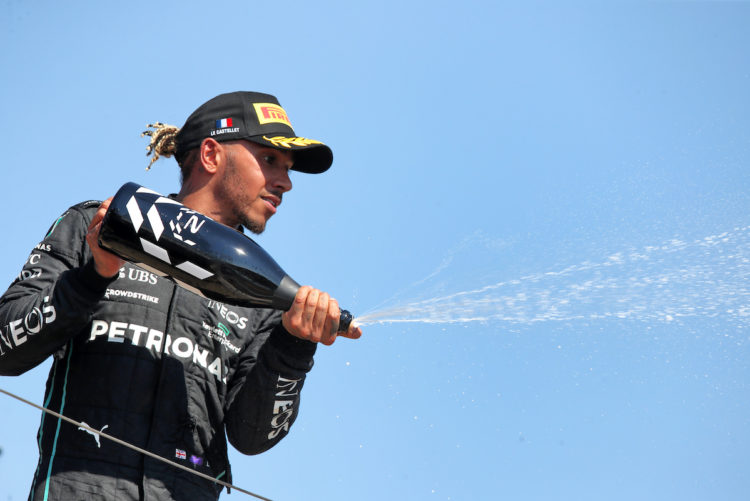 On Sunday, seven-time World Champion Lewis Hamilton took part in his 300th Formula 1 grand prix, becoming just the sixth driver to do so in the sport’s history.

Hamilton ended the French Grand Prix in second place, capturing his best result of the 2022 campaign.

The Mercedes driver made his F1 debut in 2007 at McLaren, partnering Fernando Alonso at the team in what was a tumultuous campaign for the team.

After several years at McLaren, Hamilton moved to Mercedes where he has found a bulk of his success, taking 82 of his race victories and six of his F1 titles.

His stint in the turbo-hybrid era at the Brackley-based squad will forever be remembered as one of the most dominant stretches the sport has ever seen. Without ever displaying a sense of faltering speed, he built on his experience and fashioned himself as one of the greatest drivers the sport has seen.

Hamilton has nothing else to prove in F1 – he has the establishment of experience and the glory of broken records – but just how further can he go?

“We talked a few weeks ago about how long our partnership can go and the number that was discussed was five to ten years, so I think we can go to 400 races,” said Toto Wolff, Mercedes’ team boss, with a sly laugh.  “Someone once said you have not just got to win the eighth, why not ten?”

Hamilton’s current F1 contract runs to the end of the 2023 campaign. By then, he will be just a couple of months shy of reaching 39 years old.

All signs indicate that it won’t be an issue for the Briton. Fernando Alonso, another generational talent, is still performing at a supremely high level just a handful of days before turning 41. Hamilton’s off days are so notable because they simply very rarely happen.

Reaching a higher number of career grand prix starts is an easier milestone now than it has ever been, due to F1 extending the number of races that take place in a year.

If Hamilton opts to stick around for another three seasons beyond his current Mercedes contract, he shouldeasily break the record for the most races entered, joining Alonso and former rival Kimi Raikkonen as the most experienced drivers in the sport’s history.

Hamilton is enduring one of the more difficult seasons in 2022, as Mercedes’ car has lacked pace to front-runners Red Bull and Ferrari. But rather than it leading him into a spiral, Hamilton appears to be more inspired than ever to be part of its recovery, adding another chapter to his legacy.

He has also found a new purpose in F1, projecting his voice and using his platform to speak for what he believes in, helping underrepresented groups and offering opportunities to those who perhaps need it most.

With that in mind, it would be no surprise to see Hamilton extend his career beyond the 400 grand prix mark.

“I firstly just want to be grateful to get to this point,” Hamilton said on Sunday after completing his 300th F1 race. “But I still feel fresh and still feel like I’ve got plenty of fuel left in the tank. So, I’m enjoying what I’m doing. I’m really, really proud and enjoying arriving every day and working with this incredible group of people.

“I would say in that space, of course, I want to get back to winning ways and that’s going to take time, but I’m sure we’ll sit down at some stage and talk about the future. But again, just with our team, I always want to continue to be building. It’s one thing having races, but it’s also continuing the work that we do outside and doing more, which I think Mercedes and us can always do more, and we will.”