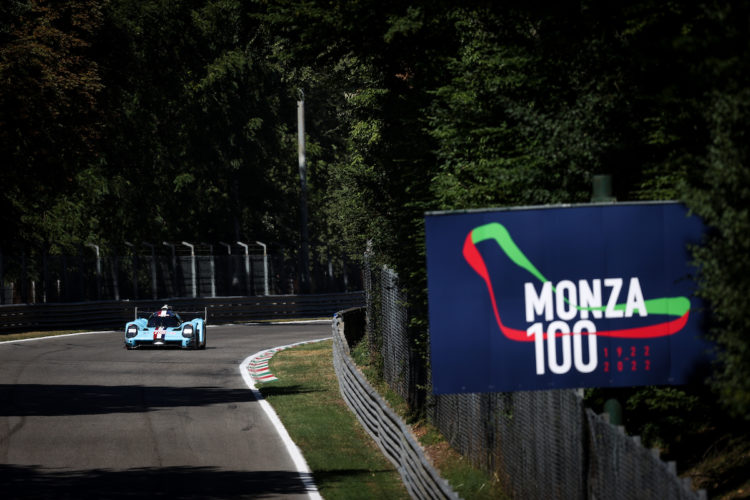 Glickenhaus went quickest in the third and final practice session for the 6 Hours of Monza, with Romain Dumas setting a 1:36.813 at the Italian track.

The two Peugeot 9X8s were third and fourth, #93 ahead of #94, with Jean-Eric Vergne and Gustavo Menezes two tenths off Dumas’s pace-setting time, although both Peugeots were only a few hundredths away from each other, in an encouraging sign for the French team.

Brendon Hartley and Kamui Kobayashi put the Toyotas fourth and fifth on the timesheets, with Hartley in the #8 the quicker of the two. Kobayashi was some two and a half tenths off Hartley.

Finally in the Hypercar class, the #36 Alpine A480 was sixth, Mathieu Vaxiviere setting the car’s fastest lap.

Nick Tandy set the GTE-Pro pace in the #64 Corvette C8.R, with a 1:45.902. Kevin Estre in the #92 Porsche 911 RSR-19 was just over a tenth off Tandy’s time, but the Frenchman couldn’t quite match it. #51 Ferrari 488 GTE EVO’s Alessandro Pier Guidi was third in class, making three manufacturers out of three represented in the top 3 in GTE-Pro.

Finally, in GTE-Am, Nick Cassidy, behind the wheel of the #21 Ferrari 488 GTE EVO, set a 1:47.676 to go fastest for the orange number panelled-cars. Harry Tincknell in the #77 Dempseyt-Proton Porsche 911 RSR-19 was next up, while Giancarlo Fisichella, driving the #60 Iron Lynx Ferrari 488 GTE EVO, was third.