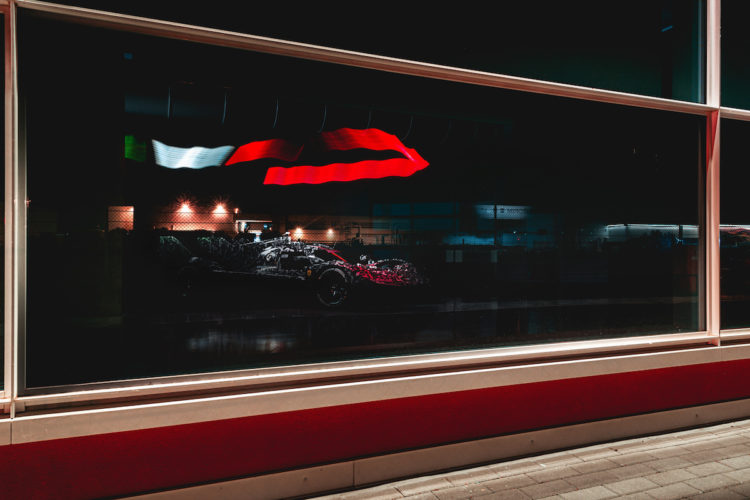 Ferrari has revealed the design of its forthcoming Ferrari LMH Hypercar, which will race in the FIA World Endurance Championship next year.

Ferrari revealed the first teaser for the car before the 24 Hours of Le Mans last month, with the car shrouded in darkness and showing only the Prancing Horse logo and a lightbar at the front of the car.

Now, however, more details have been revealed via the new teaser image, showing a car adorned in a camo livery with low front end and a shark fin not unlike the one seen on the Porsche 963, which will also race competitively in both the FIA World Endurance Championship and the IMSA WeatherTech Sportscar Championship next year.

“This is a very exciting moment, eagerly awaited both by the people who worked on this project and Ferrari fans,” said Antonello Coletta, Head of Ferrari Attività Sportive GT.

“Being able to touch the result of many months of work, planning, and simulations gives us new energy and motivation. We are proud of what we have achieved, and although the LMH’s masking during testing hides the car’s volumes and styling, I think it is undeniably recognisable as a Ferrari.”