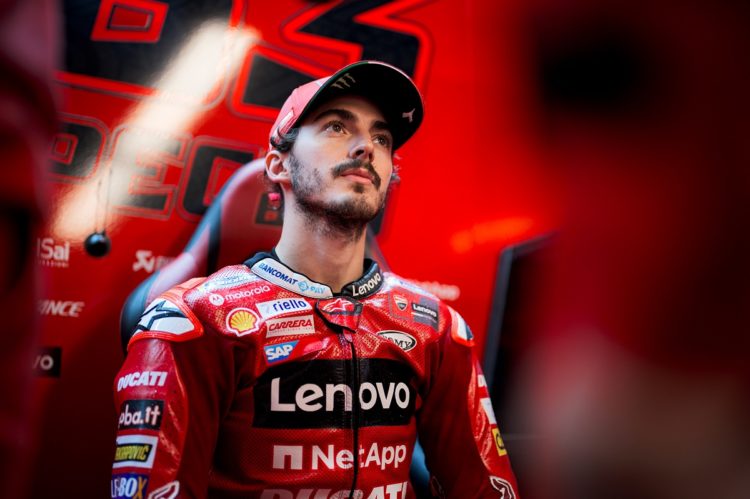 Francesco Bagnaia has been involved in car crash in Ibiza while three times over the drink drive limit, leaving him at risk of receiving a driving ban.

The factory Ducati rider crashed the Citroen vehicle he was driving into a ditch at around 3 am on Tuesday on the Spanish island, the Italian found by members of the local Sant Josep Police on his own in the car having got stuck in a ditch according to Spanish publication Diario de Ibiza.

Bagnaia was subsequently breathalysed at the scene, where he tested for 0.87 mg/l – a number three times higher than Spain’s permitted limit of 0.25 mg/l.

The possible sanction for driving under the influence could be a monetary fine, though the extremity of Bagnaia’s misdemeanour could mean he receives a driving ban of between one and four years in Spain.

Bagnaia released a statement on Tuesday evening admitting that he was “sorry for what happened”, insisting that he has “learned my lesson.”

“Last night I was in Ibiza with my friends for a party during this break from MotoGP,” began Bagnaia’s statement.

“We celebrated and toasted together for my victory at the Dutch GP.

“As I was leaving the disco at 3am, I was facing a roundabout where I ended up with the front wheels in the ditch without involving other vehicles or people.

“However, the alcohol test carried out by the police found that the blood alcohol level was higher than what is allowed by Spanish law.

“I am sorry for what happened, I am practically a non-drinker and it was a carelessness that should not have happened.

“I apologise to everyone and I can assure you that I have learned my lesson, never get behind the wheel after drinking alcohol.