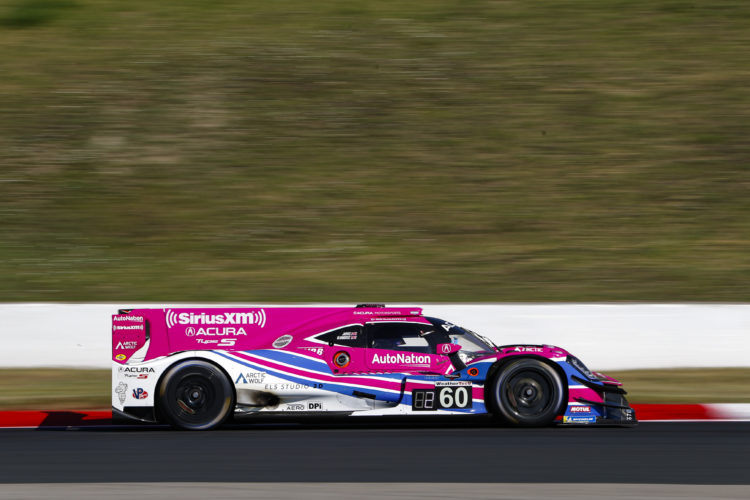 Tom Blomqvist took his second consecutive pole position in the #60 Meyer Shank Acura ARX-05 with a flying lap of 1:04.394, he will lead the field to green tomorrow in the Chevrolet Grand Prix at Canadian Tire Motorsports Park.

The back half of the DPi class saw Olivier Pla in P5 with a time of 1:05.126 in the #31 Whelen Engineering Cadillac. Pla was split by both the #02 and #01 Cadillac Racing machines in P4 and P6 respectively.

Top of the pile in LMP3 was Jarrett Andretti in his Andretti Autosport Ligier with a flying lap of 1:13.102. Behind him sits Gar Robinson in the Riley Motorsport Ligier who turned a 1:13.172, who is then followed by Ari Balogh who sent his Jr III machine around the track in 1:13.815.

Today’s GTD pole sitter is Frankie Montecalvo in his Vasser Sullivan Lexus who got pole with a 1:15.633.

GTD PRO and overall pole sitter is Mathieu Jaminet who threw his Pfaff Motorsport Porsche around in 1:15.486 and will lead his class to green.