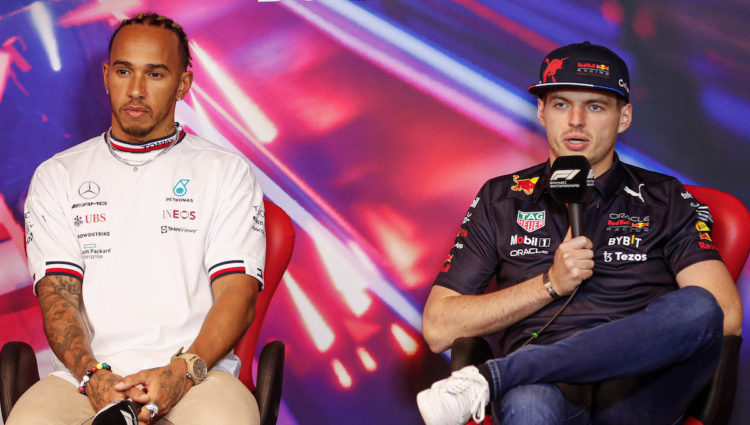 Formula 1 world champion Max Verstappen believes banning Nelson Piquet Snr from the paddock is the wrong thing to do in light of accusations the Brazilian three-time F1 champion is racist, following comments he made about fellow multiple world champion Lewis Hamilton.

F1 has reportedly banned Piquet from attending the paddock after he made racist comments about Hamilton in a podcast when discussing last year’s British Grand Prix crash between Verstappen and Hamilton.

Verstappen, who is dating Piquet’s daughter, Kelly Piquet, says that’s not the right way to deal with the situation and instead called for dialogue to better educate those at fault.

“I think it’s better to open a conversation than ban him,” said the Red Bull driver. “Because when you ban people you are actually not even helping the situation, you are not talking. You have to communicate and communication is really important.

“These things can be very easily solved, because you know when you have a fight with someone and you insult someone but then you have a good chat and apologise. Of course, it is not nice the [word that has been] said, but things can be easily forgotten and as long as you learn from the mistake you made and the wording you used, I don’t think you should be banned from the paddock. And especially a three-time world champion!”

Verstappen agreed the word that was used wasn’t right, but insists Piquet, with whom he spent a lot of time, isn’t a racist.

“I think the wording that was used, even with the different kind of cultures and things they probably said when they were younger, was not correct. Let it be a lesson for the future not to use that word because it’s very offensive, especially nowadays it gains more traction,” he added.

“I’ve spent a bit of time with Nelson, probably more than the average person in general and he’s definitely not a racist. He’s actually a nice and pretty relaxed guy.

“Also the statement he released, I think you can see the word in two ways but I think it is still just better not to use it. But it’s not only about that word, it’s not about the N-word in general, it’s using offensive language to anyone of any colour, is not correct. And that’s what we have to work on all over the world, not just in F1 with Lewis but to anyone in the world.”