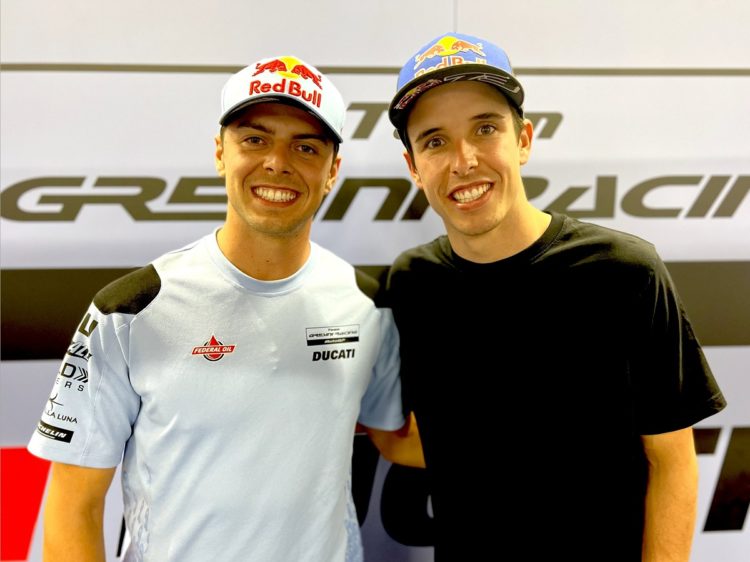 The Gresini Ducati MotoGP squad has announced that Alex Marquez will join Fabio Di Gianantonio for the 2023 campaign, with Enea Bastianini set to earn a promotion within Ducati’s ranks.

The Italian outfit confirmed its altered line-up at Assen on Sunday ahead of the Dutch TT, with Mugello pole-man Di Gianantonio being retained by the team for what will be his sophomore term in the premier class, while Marquez will campaign something other than a Honda for the first time in his fourth season in the championship.

Gresini announced the duo in a Twitter post at Assen on Sunday morning, with Marquez describing his switch to the squad as “crucial” in order to help him “recover the same type of motivation I had when I first joined the class.”

“It was crucial for me to change in order to recover the same type of motivation I had when I first joined this class.

“This was the best option for me, with a team that helped writing the history of this championship. I would like to thank Nadia, Carlo and all the GR staff for believing in me.

“I still have half a season left to do my best before starting 2023 with top motivation.”

Marquez’s forced defection to the Ducati customer operation comes after current team LCR has reportedly elected to sign Suzuki refugee Alex Rins to ride its Castrol-sponsored RC213-V, with a spot left open within Gresini due to the imminent promotion of Bastianini to either the Pramac team or Ducati’s factory organisation depending on what the manufacturer decides.

Marquez has struggled for results on Honda’s temperamental machine across his two-and-a-half seasons so far, the 2019 Moto2 world champion scoring a pair of runner-up finishes in his rookie campaign with the factory Repsol Honda team though has managed to score just a sole top five since being moved to LCR for 2021.

He currently sits a lowly 18th in the rider’s standings mid-way through 2022, 12 points adrift of team-mate Takaaki Nakagami having scored a best result of seventh in the Portuguese Grand Prix.

Di Gianantonio meanwhile has been building nicely during his rookie MotoGP season, his highlight of scoring pole for his home race at Mugello signifying an upturn in form that has also seen him out-qualify the highly-rated Bastianini for the three successive races since then.

He achieved a maiden career top ten result last time out at the Sachsenring by taking the chequered flag eighth, one that helped lift him into second in the rookie standings – albeit 19 markers adrift of leader and fellow Ducati pilot Marco Bezzecchi.