The worries are mounting up for flailing Ferrari 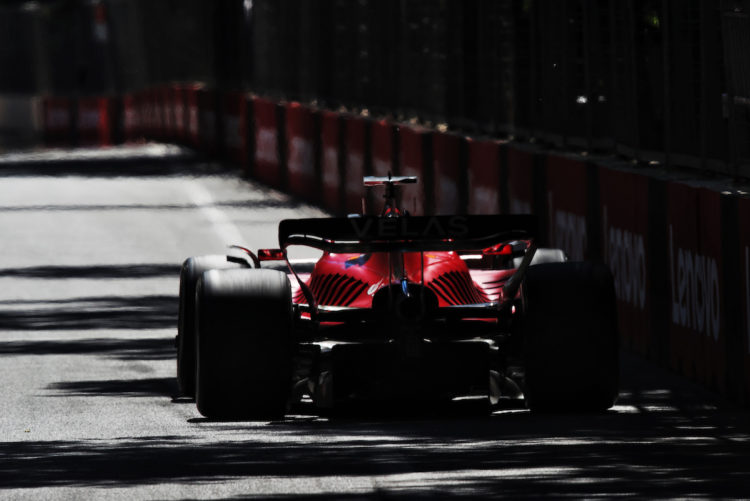 World Champion Max Verstappen took a step towards defending his crown with a fourth victory in five races, while Red Bull’s straightforward 1-2 finish propelled it 80 points clear of Ferrari.

Ferrari was formidable in the opening trio of events – winning two and coming a close second in the other – but since Charles Leclerc’s dominant victory in Australia Red Bull has chalked off five straight wins.

Frustratingly for Ferrari it has not lacked significant performance. Leclerc has taken four consecutive pole positions but lost one win through a strategic blunder, relinquished the lead in Miami through Ferrari’s slightly inferior Medium tyre pace, but more pressingly has twice failed to finish through reliability.

Leclerc had already fitted his second internal combustion engine, turbocharger, MGU-H and MGU-K, prior to Baku. Another engine-related failure means exceeding his allocation, and taking a costly grid penalty, is now surely a matter of when not if. Starting 10 or more spots behind his title opponent effectively gifts Red Bull another free pass.

Ferrari’s attention now must be drawn to its reliability concerns, which will prove to be an unwelcome distraction as Red Bull stretches away from it in the standings. Despite the sizeable gap that exists between the two outfits after eight rounds, Ferrari is determined not to get wrapped up in the deficit

“It’s not something we are looking at,” said Team Principal Mattia Binotto. “We are looking at ourselves, focused on trying to get the most out of race weekends, trying to improve on ourselves. To get to the top there is still a gap, I think we proved we had some problems in the last race, and we are simply focused on trying to improve ourselves and race by race I think it is only at the end of the season we will do the sum and see where we are.”

But Binotto has asserted that it would rather a fast car and unreliable car, rather than the other way around.

“I cannot blame the team, because I know the effort they have put in to address the performance from the past,” he said. “I know it’s a long journey, and we didn’t get enthusiastic at the start of the season. As I said it’s a journey which we are on, and there is still another step which is required right now. I think as a team again we will stay united, work hard. We have been capable of doing a proper job so far, we know that the job is not finished, but we will do it.  I would rather prefer to have good performance and try to fix reliability rather than vice versa.”

Red Bull had reliability woes of its own early on in the year, but the only major alarm since Verstappen’s Australia exit was a sensor issue in Miami that briefly robbed Perez of top-end speed.

Another headache for Ferrari is the strength of the opposition.

Ferrari is seeking to end a 14-year drought of no titles and lacks recent experience of competing at the sharp end of the grid in a relentless season. While Mercedes has – for now at least – extricated itself from title contention with its recalcitrant W13, Ferrari is up against a formidable opponent in Red Bull. The Milton Keynes-based squad successfully withstood monumental pressure in 2021 from Mercedes to deliver Max Verstappen a maiden World Championship.

In addition, Sergio Perez is driving as well as he ever has at the team, playing a mighty support role for Verstappen, who is hunting for back-to-back championships. And while Verstappen is undoubtedly the current favourite, it would be inconsiderate not to include Perez in the title fight at this stage of the season.

The Mexican is certainly performing at a higher level than Carlos Sainz, who is enduring a difficult sophomore campaign at Ferrari. Although he has bagged four podium results, the Spaniard is still awaiting his first pole position and first victory in F1. Mistakes have cost him valuable results, and he is already 67 points down on Verstappen. Sainz has yet to fully get a handle on the pointy F1-75 and has been firmly shaded by Leclerc.

Ferrari’s 1-2 finish at the season-opening Bahrain Grand Prix was less than three months ago but the last few weeks have derailed a promising start in rapid time. Ferrari swiftly needs a turnaround in order to prevent 2022 from slipping away altogether.