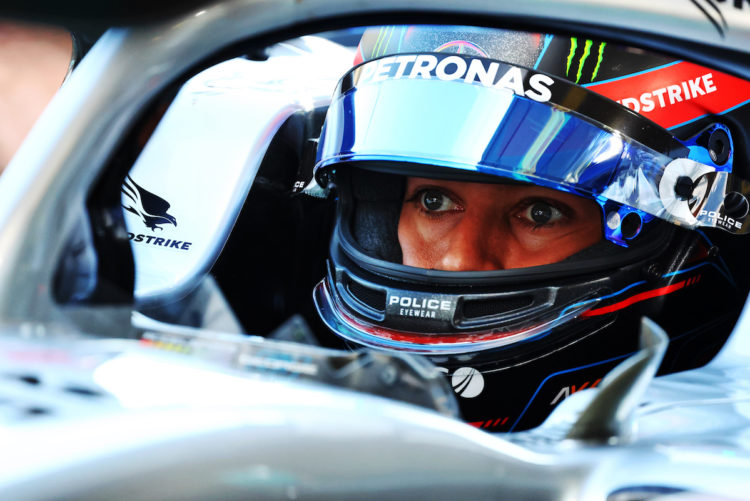 Mercedes’ George Russell has labelled the bouncing of the 2022 cars as unsustainable, believing measures must be put in place to eradicate the problem.

Since the start of the 2022 campaign, cars have been porpoising along the straights following the introduction of new technical regulations.

This year, teams are running their cars as close to the ground as possible in order to extract performance from the package.

Although the porpoising effect has been reduced since pre-season testing through teams bringing upgrades, Friday practice in Baku saw further bouncing, with several drivers complaining over the situation.

Russell’s team-mate Lewis Hamilton admitted that he was left “sore” after the opening two practice sessions.

With the current technical regulations set to span the next several years, Russell says F1 must have conversations if the bouncing will continue throughout the era.

“There was a little bit of it [porpoising] but it’s just that the cars are running so close to the ground,” Russell said.

“It’s crazy out there through those high-speed corners, the car’s fully bottoming out. I think it’s the same for everybody and it’s really not comfortable to drive.

“I don’t know what the future holds for this era of cars, but I can’t see us being able to, or I don’t think it’s right to run like this for the next four years or whatever we’ve got.

“So it’s going to be, for all of us, conversations are going to be needed as everybody is in the same boat, really.”

The bouncing was so severe during Friday running that Mick Schumacher was forced to miss much of FP1 after the oscillations caused fluid to leak from his car.