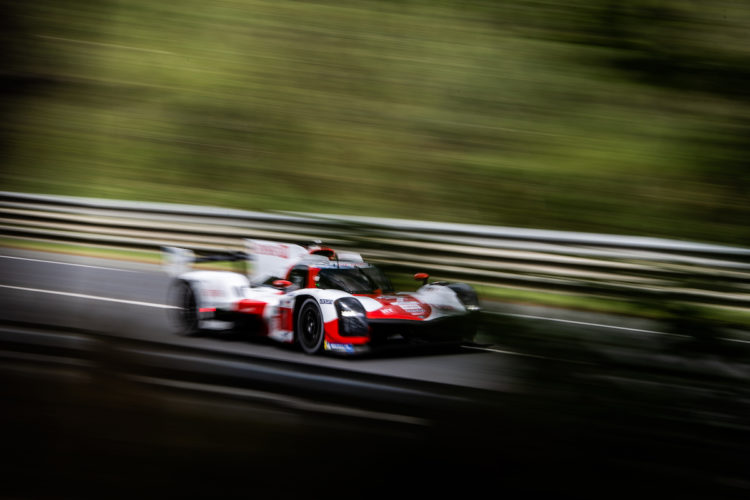 Two hours into the race and Mike Conway leads the Le Mans 24 Hours in the #7 Toyota GR010, with teammate Sebastien Buemi 13 seconds behind in the sister #8 Toyota.

Buemi, on pole in the #8 Toyota due to teammate Brendon’s Hartley’s hyperpole lap, led at the start but Conway passed him and began to stretch his legs in last year’s winning car.