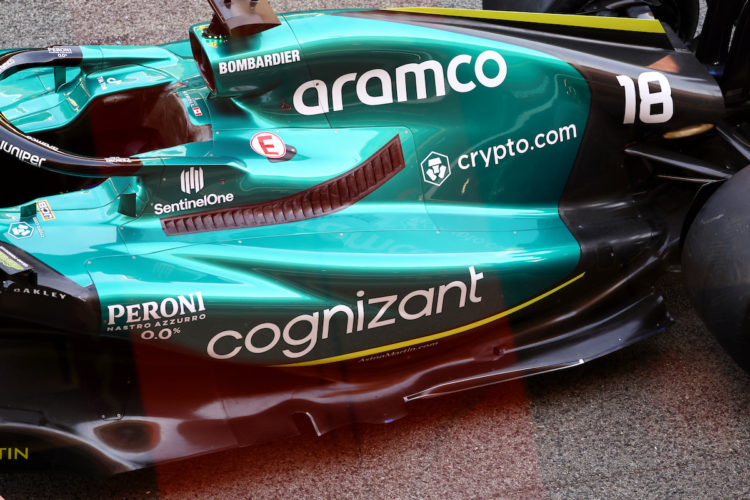 In years gone by, Barcelona has traditionally been the race track where teams bring sizeable upgrades to their cars, and in 2022, that remains no different.

Development of the new cars for the current campaign is set to play a major role in the outcome of the World Championship, as teams scramble to gather data and further understand the machines.

But what new parts have been fitted up and down the grid this weekend in Spain in order to extract as much performance as possible?

Mercedes has introduced a handful of upgrades, as it looks to improve the flow conditioning of the car. Firstly, there is a change in camber of the front wing endplate, while it has made changes to its floor, adding a slot to the outer edge of the component.

The reigning Constructors’ Champions have also fitted a new lower deflector endplate to the rear corner of the car.

Elsewhere on the floor, it has added a new bib vane to the body, which it hopes will increase the local load as well as send a vortex under the main floor.

Red Bull has been active with its upgrades in the early stages of the 2022 season, but it hasn’t arrived in Barcelona with a plethora of new parts.

The team has brought a circuit-specific new flap on the front wing, which it says will increase the load generated.

However, it has also introduced an upgrade to the floor body, stating the surfaces are “raised locally from previous geometry at the floor to topbody split line to form a ‘blister’”. Through this, it hopes to improve the total pressure on the upper surface of the floor.

Ferrari, who enters the round leading both the Drivers’ and Constructors’ Championships, has arrived with performance updates to the floor body and rear corner of the car.

It has also introduced a circuit-specific change to its rear wing, which brings the car more in tune with the layout of the Barcelona circuit and its aerodynamic requirements.

After a shaky start to the 2022 campaign, McLaren has arrived in Barcelona with a range of upgrades that it hopes will allow it to take a step forward toward the head of the pack.

A new front suspension and an addition of a centre diffuser package are aimed at improving airflow, but it has also included a number of local load components on the front and rear corners, floor body and engine cover.

Fresh cooling louvres that work in tangent with new sidepods have been fitted, while a new rear wing that focuses on increasing downforce at circuits such as Barcelona will be in use.

Upgrades to the rear floor have seen changes to both the upper and lower brake drum winglets for the Alpine team.

There has also been a change to the front wing endplate, with a more loaded diveplane featuring a reprofiled leading edge introduced. Elsewhere, a larger rear wing has been brought to the track to increase downforce levels.

AlphaTauri hasn’t arrived in Spain with many changes, with a new circuit-specific rear wing that increases both downforce and drag the only new component.

Aston Martin was a car that caught many people’s attention when it was unveiled in the paddock in Barcelona.

Many have pointed out the resemblance to the 2022 Red Bull car, which has won three of the opening five races to start the new season.

The Silverstone-based team has altered its floor, making changes to the body, fences and edge. All alternations have been done to increase the local load, as is the case with the new engine cover and rear wing.

The sidepod inlet has also moved rearward to compliment surrounding airflow, and changes have also been made to the car’s Halo in order to improve downforce levels.

Finally, circuit-specific cooling louvres are in use to “suit the new bodywork shape” for the weekend ahead.

Williams is using a larger rearward flap on its front wing to increase load on the element around the Barcelona circuit.

It is also using a new rear wing which it has described as “aggressive” compared to its predecessor. At the rear corner of the car, a new cluster of winglets has been added.

New cooling louvres have been added, as has a redesigned engine cover, all with the aim of increasing airflow to the rear end of the challenger.

A new wing mirror has thicker stays which allows for a larger housing in the engine cover. This has been done in a bid to improve its reliability, which has plagued the team across the opening section of the season.

Alfa Romeo is also expecting its new floor to bring it a step forward in performance this weekend.

Haas is the only team not to arrive with upgrades this weekend.

Team Principal Guenther Steiner recently asserted that it would be several more races before the US-owned team introduce new parts to the VF-22 car. This is expected to be introduced at the French GP, the penultimate event before the summer break.