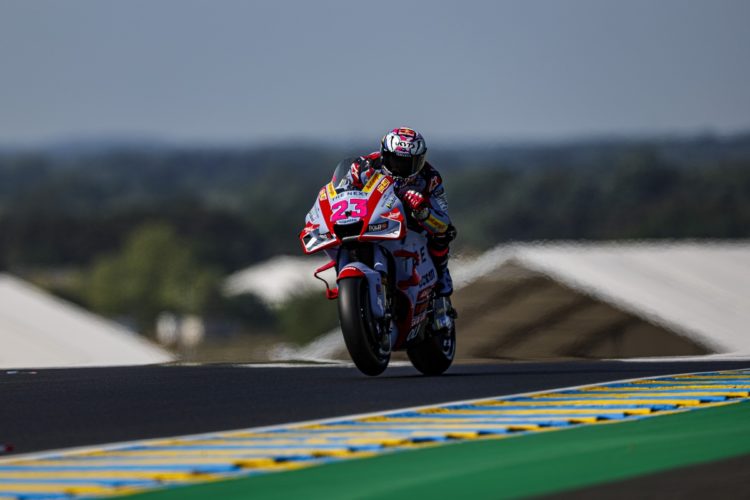 Enea Bastianini stormed to a third MotoGP win of 2022 in commanding style at Le Mans as Francesco Bagnaia crashed while battling the Italian in the closing stages.

Bastianini made a quick start off the line to move into second behind Jack Miller, though a mistake on the opening tour would soon drop him back to fourth behind the sister factory Ducati of Francesco Bagnaia and Suzuki’s Alex Rins.

A scary crash from Rins after the Spaniard ran wide through the gravel at high-speed on the exit of Turn 1 – resulting in him going down as he joined the track at Turn 3 – moved him into third, before the Gresini man later ran down and passed Miller – who in the meantime had been relegated from the lead by Bagnaia – for second just prior to mid-distance.

Having saved his tyres in his customary fashion, Bastianini soon began to heap pressure on pole-man Bagnaia across the second half of the race, the 2020 Moto2 world champion eventually electing to pass his fellow Ducati rider at Turn 3 – though Bagnaia soon snapped back to re-take the initiative at Turn 6.

Bastianini didn’t have to wait long for another opportunity though as Bagnaia ran wide just two corners later, gifting his pursuer not only the leadership once again but nearly a seconds-worth of advantage.

Things would then go from bad to disastrous for Bagnaia as he out-braked himself at the penultimate bend and lost the front of his machine, a mistake that would take him out of the race altogether.

This left Bastianini well out in front, the Italian left to manage his three-second gap to Miller behind to eventually take the chequered flag well clear of the Aussie to record his third career premier class win.

Miller managed to stave off a closing Aleix Espargaro in the final laps to complete a Ducati 1-2, Espargaro in turn forced to fend off a charging Fabio Quartararo – a task the Aprilia man managed to accomplish as he scored his third-consecutive rostrum result.

A slow start would prove tricky for reigning MotoGP world champion Quartararo as he struggled to regain ground en-route to fourth ahead of countryman Johann Zarco, while Marc Marquez ended up six as the highest-classified Honda.

Takaaki Nakagami shadowed his fellow RC213-V pilot home in seventh on the LCR-prepared entry ahead of KTM’s Brad Binder, while Luca Marini and Maverick Vinales completed the top ten for VR46 Ducati and Aprilia respectively.

Pol Espargaro fell victim to a late crash from Miguel Oliveira and dropped from the top ten to his eventual finishing position of 11th, while Jorge Martin notched up his fifth non-score in the opening seven races after crashing from ninth late on.

Joan Mir ensured Suzuki’s day got even worse after crashing from fourth at the final bend mid-way through the contest, while both Tech 3 KTM’s of Raul Fernandez and Remy Gardner were also early casualties.

Quartararo continues to hold the series lead heading to Mugello in two weeks time by a reduced four-point margin over Aleix, with Bastianini’s success seeing him close to within just eight points of the Yamaha ace. 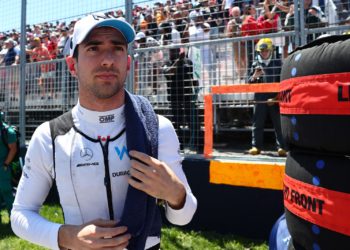 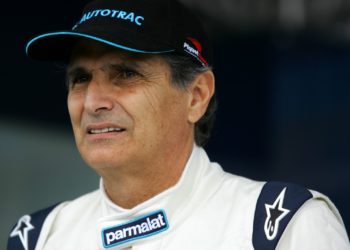 Piquet apologises to Hamilton, but says remark not racist