Bagnaia: ‘I didn’t need to put 20 points in the trash’ 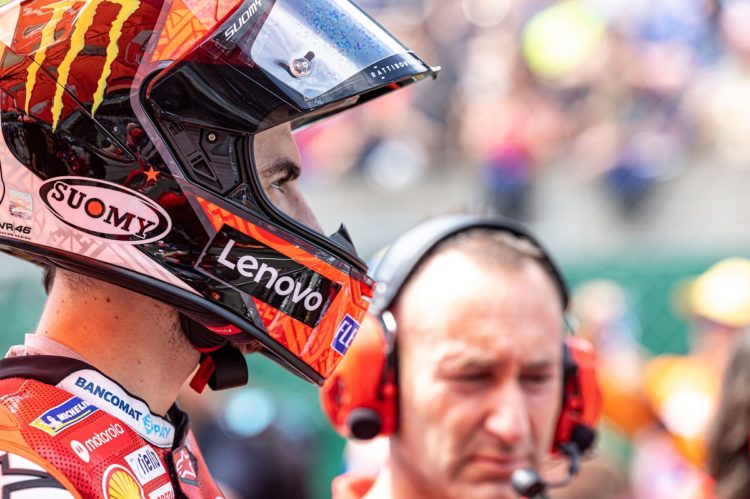 Francesco Bagnaia rued the fact he put “20 points in the trash” after crashing from second in the French Grand Prix, dropping him 51 points from the series lead.

The factory Ducati racer dropped back to third in the early laps after starting from pole at Le Mans, but had re-gained the leadership by lap four after moving ahead of team-mate Jack Miller before subsequently going on to lead the most laps of the encounter.

Gresini’s Enea Bastianini managed to put him under pressure in the closing tours however, the 2020 Moto2 world champion eventual piercing Bagnaia’s armour by snatching the lead at Turn 3 half-a-dozen circulations from home, though Bagnaia soon redressed the balance at Turn 6.

A costly run-off at Turn 8 moments later saw Bastianini once again take ownership of the lead, while a second mistake in four corners for the 2021 MotoGP vice-champion saw him tuck the front of his Desmosedici at Turn 11 en-route to retirement.

A crestfallen Bagnaia rued that he didn’t need to “put 20 points in the trash” in his hunt for a maiden premier class title following a largely tough start to the year – in which he has scored only one rostrum result in the first seven events – leaving him 51 markers adrift of Fabio Quartararo in the riders championship.

“Until then (crash) it was quite easy going at my pace, but then I made a mistake going wide at Turn 8 and then after (Enea) Bastianini overtook me I didn’t think about recovering the position in three corners I was just trying to be smart in that moment because it’s easy to lose concentration,” explained Bagnaia.

“Unfortunately I crashed, and in any case if I want to win a championship I don’t need to put 20 points into the trash like this, so I’ll have some days to think about the race.

“The good thing is that we were very competitive, we were again on top but I just lost 20 points today.

“I just went straight on at Turn 8, we were a bit on the limit on those laps and he was fast so I thought it was important to be intelligent and get the points, but when I arrived to the second-to-last corner I went slower on the entry for that reason and I lost the front, but It’s my mistake so I’ll have to take the positives of the race and think about what went wrong.”

Bagnaia affirmed that his and Ducati’s home race at Mugello next time out “has to be fantastic” in order to try and get his title tilt back on track, adding that is keen to get his “revenge” on his French Grand Prix outing in Italy.

“Mugello has to be fantastic for me, for sure it’ll be a good weekend with all the people looking out for the Italian riders and I would like to have my revenge on this race because when you are as competitive as this and you lose points in this way it is never the best thing (to happen.)”