Vettel on F1 drive: ‘It’s something that I’m asking myself’ 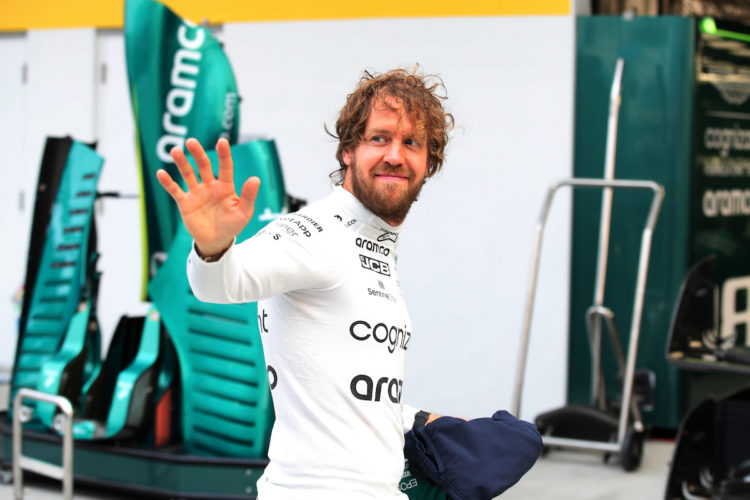 Sebastian Vettel admits that he is questioning his Formula 1 future amid his “hypocritical” push to promote renewable energy resources.

Vettel appeared on BBC Question Time this week, speaking about a variety of issues, including F1’s impact on the environment.

The sport is pushing to introduce new Power Units in 2026 that will use low-carbon fuels and have more electrical components, which will also support the advancement of road car technologies.

By 2030, F1 says that it hopes to achieve a net-zero carbon footprint “from factory to flag”.

However, with the sport still journeying towards that goal, Vettel has been outspoken over environmental matters in recent years, which he admits makes him a “hypocrite” due to his profession as an F1 driver.

“It does [make me a hypocrite], you’re right when you laugh,” said to the question panel and a studio audience.

“It’s something that I am asking myself [whether I should be driving] and travelling the world.

Vettel says that he has conflicting emotions when he’s inside and outside the cockpit.

“It’s my passion to drive a car, I love it. Every time I step in a car I love it,” he said. “When I get out of the car, of course I am thinking as well – is this something we should do? Travel the world, wasting resources?

“On the other hand, we are entertaining people. During COVID, we were one of the first sports to start again.

“When everyone’s heads were about to explode, there were Formula 1 races back on. I’m not saying Formula 1 has this huge position in the world to deliver entertainment.