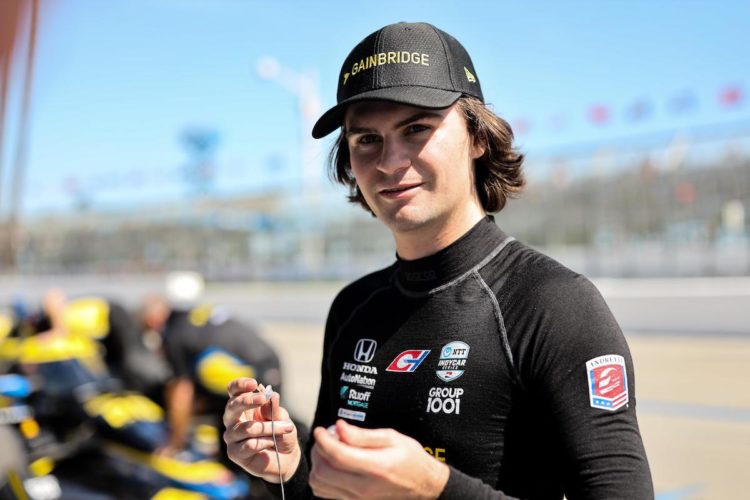 Colton Herta says making the switch to Formula 1 is a “serious ambition” of his going forward.

The American driver has been linked with a move to the sport from IndyCar amid Michael Andretti’s interest in forming a team on the grid.

Herta is also set to test for McLaren this year, and spent the Miami Grand Prix with the Woking-based squad.

Herta became IndyCar’s youngest ever race-winner in 2019 in just his third-ever race in the series, and has since taken five more victories in the category.

“It is a serious ambition of mine,” said Herta on reaching F1. “There’s a lot of things that, you know, when I am done racing, I want to be able to say that I did.

“There’s a big list of different races, events, series that I want to be a part of, and Formula 1 is definitely higher up on the list than a lot of things.”

Herta didn’t confirm when his test with McLaren would be, but spoke of the importance of it if he is to reach his goal of an F1 seat.

“It is going to be later in the year. I can say I’m going in June to Woking for a seat fit and then some simulator stuff.

“So, I’m looking forward to that. The last time I was there was in 2019. I think I did one day of sim. I didn’t really get to see the factory which I’m hoping I get a nice tour of.

“I know they’re very secretive of everything, so hopefully I can see all the bits and bobs, but yes, that’s going to be the first step.

“And then obviously testing later in the year, which is going to be fantastic – I’m really looking forward to it.

“You know I want to be in F1 at some point in my career, and obviously time is essential to that, so it’s going to be very important to do a good job in the test and hopefully open some doors.”