Villeneuve: There’s been a changing of the guard at Mercedes 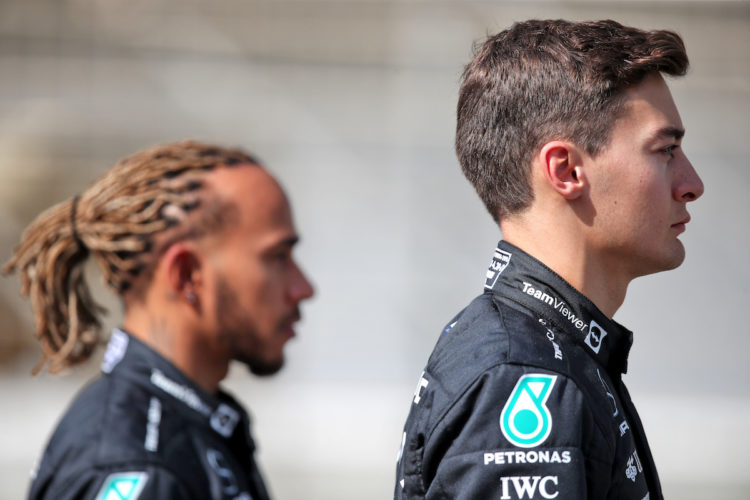 1997 Formula 1 World Champion Jacques Villeneuve believes that there has been a “changing of the guard” at Mercedes.

George Russell joined the team as a full-time driver in 2022, having been associated with it for several years as a junior member.

The Briton is racing alongside compatriot Lewis Hamilton, however the seven-time World Champion has endured a much rockier start to the campaign compared to Russell.

Russell has scored top five finishes at each of the grands prix in 2022 so far, with Mercedes competing off the championship-fighting pace it displayed for several years.

Last time out in Miami, Russell started the race on the Hard tyres from outside the top 10, going longer into the race and overtaking Hamilton following a late Safety Car restart.

Villeneuve believes that it signalled a change at Mercedes, and says Hamilton is struggling to keep up with his new team-mate.

“I think we have seen the definitive changing of the guard at Mercedes,” Villeneuve wrote in his column for formule1.nl.

“Russell is riding the wave, Hamilton is trying not to drown. After many years of winning without competition, it is hard to wake up and realise it is not that simple.

“He now has to drive like he did in his first two years in Formula 1, something Russell is doing now.

“In the [Miami] race, Russell made the decision – let me stay out, maybe there will be a Safety Car, and it paid off.”

Villeneuve added that Hamilton is still carrying the weight of disappointment from his controversial title defat in 2021.

“Lewis’ championship luck seems to have disappeared, he doesn’t have the momentum and it’s not falling his way,’ he said. “It will be a tough fight, but Lewis is a racer and a champion.

“He knows what needs to be done and we will see if he still has the energy to do it. But I think missing out on the world title last year is a heavy burden for him to carry all winter.

“He was bitter and feels he was robbed. But from the way Max [Verstappen] is driving, you can see he didn’t steal the title at all and is a deserved champion.”