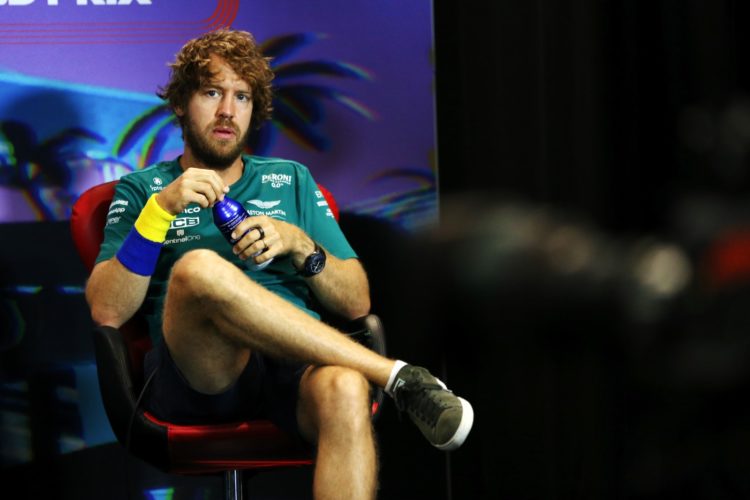 Sebastian Vettel says he is eager to learn from his upcoming appearance on a BBC political panel show.

Question Time, broadcast by the BBC on Thursday evenings, typically features politicians and media personalities answering questions posed by members of the public.

Aston Martin driver Vettel is set to be the first active Formula 1 driver to appear on the show when he joins the panel on Thursday.

The episode is being filmed in Hackney, in East London, as part of QT’s format in travelling to different locations in the United Kingdom.

Vettel has become increasingly vocal in political, social and environmental issues in recent years, using his platform to express his viewpoint, most notably in Miami – wearing a helmet design highlighting rising sea levels and its impact on South Florida.

“I’m looking forward to it, I think there’s a lot that I can learn,” he said.

“Obviously, I have my opinion. I’m not saying it’s always right or wrong.

“I think it will be interesting, because it will be a very different setting and probably different sorts of questions or topics to be spoken about. So yeah, fairly open at this point.”

Question Time is due to be broadcast at 22:40 on Thursday on BBC One.