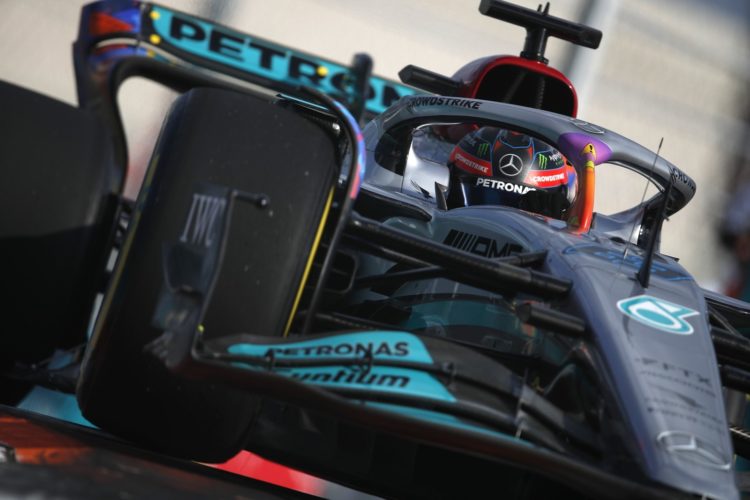 Mercedes says it is striving to understand the reasons why its W13 showed strong pace during Friday practice at the Miami Grand Prix.

Mercedes has largely been the third-fastest team in 2022, adrift of Ferrari and Red Bull, and has regularly been dragged into the midfield fight that is being led by McLaren and Alfa Romeo.

George Russell fronted Friday’s second practice session in Miami, with Lewis Hamilton fourth, but the Briton struggled on Saturday and dropped out in Q2.

Russell recovered by running an alternative strategy in race trim to net fifth, while Hamilton classified sixth, where he also qualified.

“It’s a question that we are trying to answer at the moment,” said Mercedes’ Technical Director Mike Elliott on its Friday speed.

“I think if you were to look at Friday’s running it was probably the most competitive we’ve been at any point through the season so far.

“Between Friday and Saturday we will have made some changes and actually those changes were fairly minor, but there were also changes in conditions and we need to go through all of that data, extract as much understanding as we can from that and use that to move forward over the next couple of races.”

Mercedes brought a handful of updates to its W13 for the Miami weekend in the form of front and rear wing refinements and Elliott expanded on the situation.

“I think it is important to differentiate two things: One is the normal upgrade path and the other one is fixing the issues that we are having with bouncing and other things that are compromising the performance,” he said.

“The wings that we brought definitely brought us the performance that we were expecting and were a step forward.

Elliott conceded that Mercedes is playing catch-up against its rivals as it seeks to address the W13’s limitations and apply remedies.

“Every time we run the car we learn something new and that is the aim of the game, the game is to try and understand the car faster than our competitors,” he said.

“Although at the moment we are on the backfoot a little bit with that, there is a huge amount of effort.

“There is a huge amount of work going in trying to understand how we improve the car, how do we find that next little step forward, how do we get rid of the bouncing, how do we get back to being competitive or competitive relative to the front-running team which is where we want to be.”