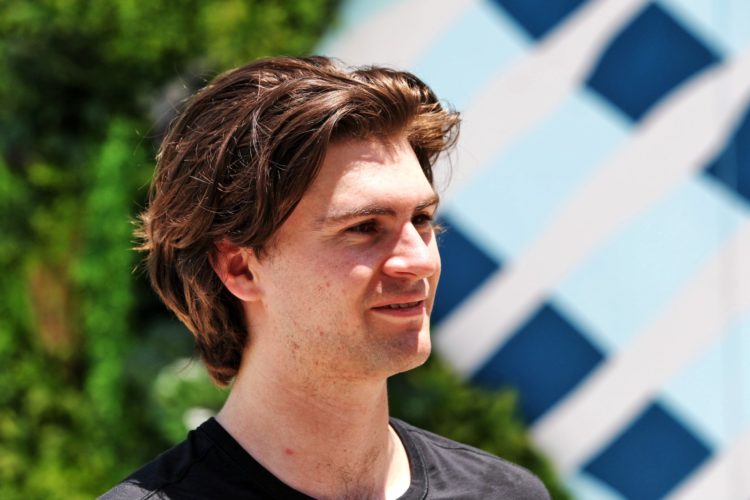 Lando Norris says Colton Herta is “extremely strong” in high-speed corners as the American prepares to test for McLaren later in 2022.

Andretti IndyCar racer Herta has been signed to a development role with McLaren and is due to test last year’s MCL35M later this year.

Herta spent the Miami Grand Prix weekend embedded in McLaren and is shortly set to undertake a seat fit and simulator run in Woking.

Norris and Herta were previously team-mates at Carlin in 2015 MSA Formula, a title which was won by Norris, with Herta placing third overall.

Formula 1 has expanded to holding three US grands prix from 2023 – with Las Vegas joining Miami and Austin – but has not had an American racer since Alexander Rossi’s brief stint in 2015.

“And I mean, his nickname is Hooligan Herta. Because there’s one place he was extremely strong and that’s high-speed corners.

“I feel like I’m decent, one of my strengths is pretty high-speed corners. But he was just like, another level in some sorts.

“He would quite often go off because of it and maybe not crash, but just go through the gravel and you know, we’d have to clean his car after because of how much dirt there was on it!

“But yeah, lovely guy, of course. But I grew up with him, you know, when I was younger for a good year and a half, two years. And just a bit crazy.

“Nice to see him, from where we were back in 2014, 2015, to now me myself being in Formula 1 and of course him winning races and being one of the stars in IndyCar.”

Each team must run a young driver for two FP1 sessions in 2022 and McLaren has yet to confirm which driver – or drivers – will fulfil its criteria.

It is understood that Herta, and Arrow McLaren SP racer Pato O’Ward, are leading candidates to fill the position.

“It is great for us to test young drivers that we think have talent and deserve to get such a test, and Colton is definitely one of them,” said McLaren boss Andreas Seidl.

“The results he is producing in IndyCar speak for themselves. Now we are in the process of preparing him for that test. Jumping into a Formula 1 car is a big challenge, for various reasons—the physical side, and how quick these cars are.”