Vettel on Schumacher clash: ‘We should have done better’ 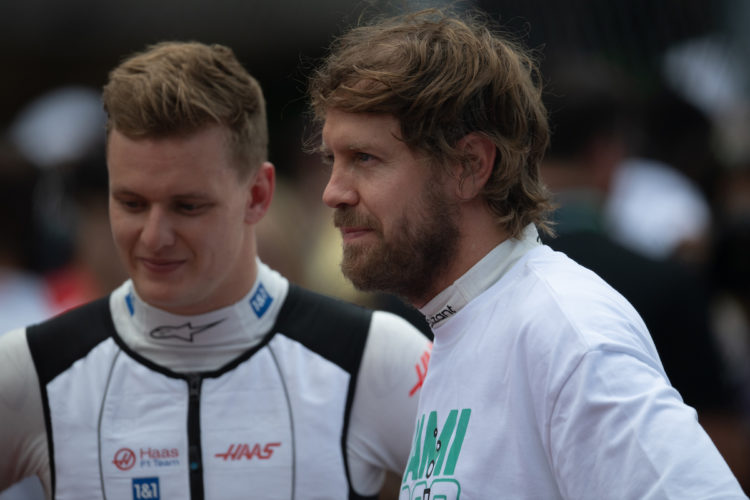 Sebastian Vettel says both himself and Mick Schumacher “should have done better” to avoid their collision in the closing stages of the Miami Grand Prix.

On lap 54 of the race, Vettel and Schumacher were on course for points, as they ran in ninth and 10th place respectively.

Schumacher took a look up the inside of compatriot Vettel on the run into Turn 1, but contact was made between the pair, with both drivers suffering damage.

The Stewards investigated the incident, but opted to take no further action.

Speaking after the race, Vettel said: “I need to have a look, it’s obviously a shame that we both made contact and we both didn’t score any points.

“We should have done better, but I need to have a look again.”

It marked a disappointing moment for Schumacher, who was looking strong for the first points of his F1 career.

The 23-year-old had worked his way into the top 10 after starting the race from 15th on the grid, but was ultimately left to rue a missed opportunity.

“I tried a move and it’s obviously super difficult to see something in the rear view mirrors,” Schumacher said. “[It was] very unfortunate, it was a good race to the end.

“I tried not to go super deep, tried to leave a bit of space, but again, clearly was too tight. We’ll have to have a look at it.”

The other Aston Martin and Haas cars of Lance Stroll and Kevin Magnussen also came together in the dying stages of the grand prix.

While Magnussen sustained damage, Stroll was able to continue and eventually finished 10th following a post-race penalty for Fernando Alonso.