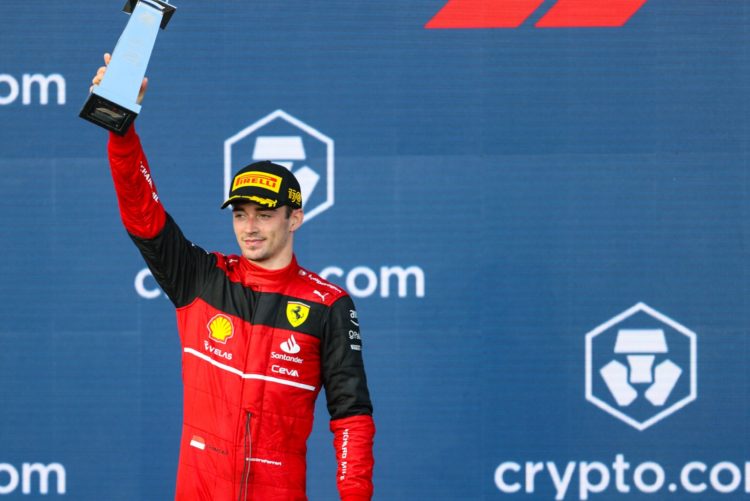 Charles Leclerc says Ferrari has to understand its relative weakness to Red Bull on softer tyres in race trim after losing out to Max Verstappen in Miami.’

Verstappen overhauled Leclerc nine laps into the grand prix after the Ferrari driver began to struggle on the Medium compound that both he and Verstappen ran in the first stint.

Leclerc and Verstappen set similar lap times once both switched to the Hard compound tyres; a late Safety Car brought Leclerc back into play but he was ultimately unable to pass Verstappen.

“On the Hard tyres we were strong, on the Mediums we struggled a little bit after five or six laps with the front tyres and then we struggled and basically lost the race on that stint,” he said.

“We lost the lead and lost quite a bit of race time because of the front degradation so we need to look at that and be on top of it for the next race.

“Apart from that I think on the hard we were very competitive or at least as competitive as Max, and after the safety car I really thought that we will have a shot to actually take back the lead but it wasn’t enough, but yeah it is like this.

“We will have to analyse the end of the run on Medium which is the weak point of this race.”

When asked if he needed a reaction from Ferrari, following Verstappen’s back-to-back wins, Leclerc said: “In the race we need to, especially on the softer compound, on Medium/Soft it seems that it has been already two races that in terms of race pace they seem to be a bit stronger and managing that better.

“In quali we seem to put those tyres in the right window, which helps us, but on the long runs we struggle a bit more than them.”

Leclerc’s title advantage was cut to 19 points as a result of Verstappen’s win.