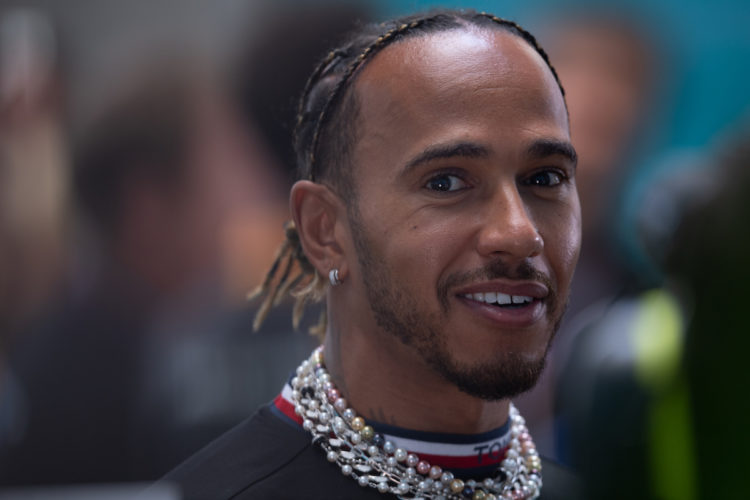 Lewis Hamilton says that he is “grateful” to have made it to the final qualifying segment in Miami on Saturday evening.

The seven-time World Champion ended the session in sixth place, and will line up at the start of the race on the third row, alongside former Mercedes team-mate Valtteri Bottas.

Hamilton was the only Mercedes driver to advance into Q3, as George Russell dropped out in Q2, ending the session in 12th.

Mercedes has struggled throughout the 2022 season thus far, particularly across one lap, leaving Hamilton thankful to claim a top six result.

“Qualifying wasn’t too bad. I was grateful to have got into Q3. That’s a good feeling,” Hamilton said.

“I gave it my all at the end, it was just quite difficult with the single laps, getting the most of this car, it was hard work. But I’m grateful to be in amongst the group ahead.”

Hamilton was in danger of being eliminated in Q1, as he was sat in the drop zone when it came to completing his final effort.

Although the 37-year-old safely advanced through to Q2, he admits that he wasn’t completely convinced that his fastest laps were enough to see him through.

“When I came in in Q2 I didn’t know if I was through. It was ‘edge of your seat’, waiting to hear if you’ve done enough.

“You’re just hoping for the right news. Then once we got into Q3, it was a real battle. It was a bit of a struggle but I’m grateful to be sixth.”