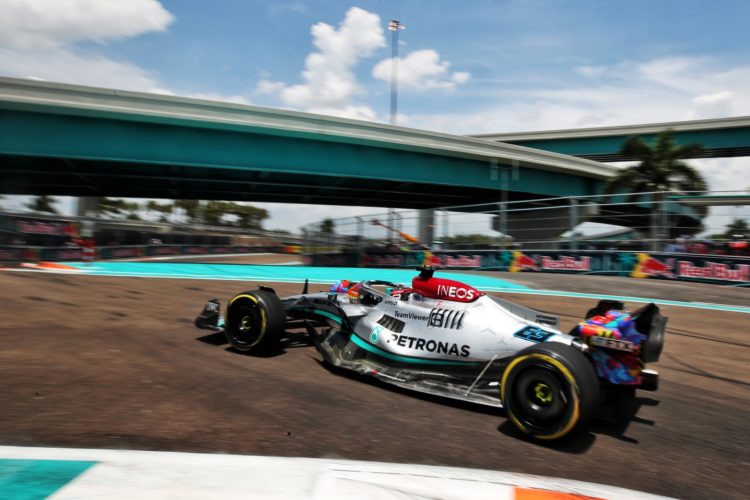 George Russell says he and Mercedes are struggling to understand his slump during Saturday’s action at Formula 1’s Miami Grand Prix.

Russell set the pace on Friday at the Miami International Autodrome but lacked performance throughout Saturday’s sessions.

Russell made several mistakes on his Q2 push lap and was left down in 12th place.

“It felt like a totally different beast today, we had loads of porpoising today, don’t really understand why,” he said.

“It’s the first time I’ve felt it all the way through a corner, in Turns 4 and 5, then into all of the braking zones. It’s a shame, I was slower today than I was yesterday.

“When you get the car in the window, it’s fast and yesterday we looked to be fighting for pole but today is our worst qualifying of the year so it’s difficult to make sense of.”

Explaining the impact the bouncing has on the car’s potential Russell said: “It’s just like the rear of the car is hopping around and you don’t have any support or stability of the rear.

“Yesterday I was flying through sector one, I had so much confidence.”