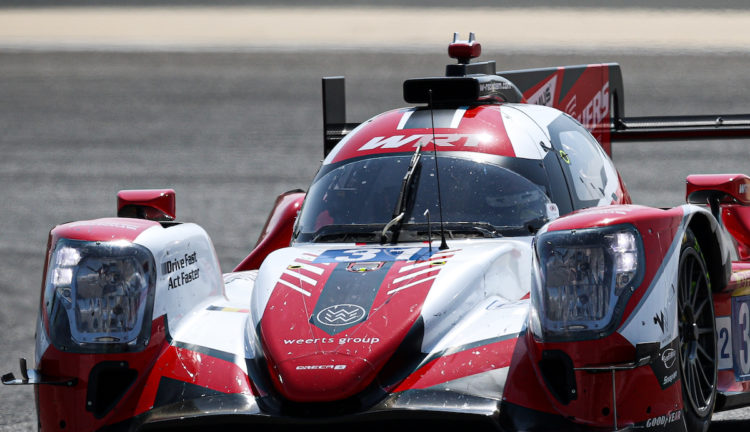 The #31 Team WRT car piloted by Robin Frijns set the fastest time of opening practice on Friday afternoon for the 6 Hours of Spa-Francorchamps.

Frijns 2:05.475 was the quickest time of the 90-minute session and sees an P2 car top a session ahead of the Hypercar class for the first time this season.

Second and third went to United Autosports with Filipe Albuquerque just six-hundredths shy of Frijns time, with team-mate Oliver Jarvis in the sister car a further three-tenths back.

Will Stevens was fourth fastest in his JOTA-run ORECA P2 car, setting a best time of 2:05.967.

In the Hypercar class is was the Glickenhaus of Romain Dumas that was fastest. A 2:06.233 meant he was almost a second shy of Frijns’ time.

The two Toyotas were up next, second and third in class, but only eighth and 13th overall. It was the #7 GR010 Hybrid of Mike Conway that set the pace for the Japanese squad, six-tenths behind the Glickenhaus.

The session saw two red flags, the first of which came after just a few minutes due to an IT failure in race control. A second red flag came out after the chequered flag fell when Ryo Hirakawa stopped the #8 Toyota on the Kemmel Straight. It was a simulated hybrid failure at the FIA’s request.